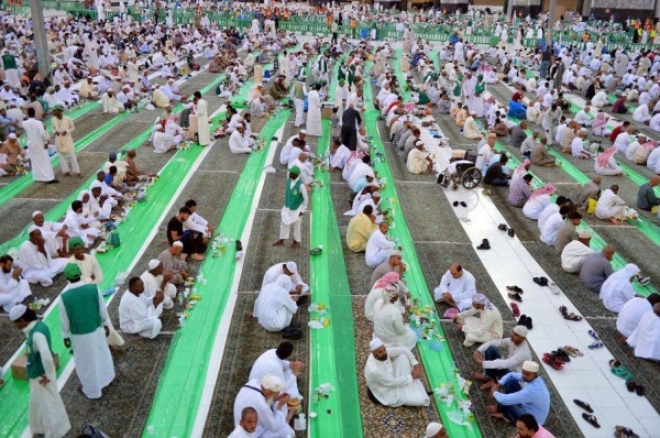 MAKKAH — Dry food such as bread and cheese and similar kinds of food are allowed inside the Two Holy Mosques during the holy month of Ramadan, the head of the Presidency for the Affairs of Two Holy Mosques Sheikh Abdul Rahman Al-Sudais said.

Al-Sudais affirmed that allowing entry for the dry foods would be in accordance with the regular procedures, in addition to the health and safety standards that take into account and maintain the cleanliness of the Two Holy Mosques.

Al-Sudais called on all the Presidency agencies and departments on the necessity to unify the efforts in order to achieve success of all the aspects of the operational plan for Ramadan season.

The efficiency services in the Two Holy Mosques has been raised in line with lifting of the precautionary measures and with the aspirations of the wise Saudi leadership towards excellence to serve the pilgrims and visitors of the Grand Mosque and the Prophet’s Mosque.

It is noteworthy that the ritual itikaf will resume at the Grand Mosque in Makkah and the Prophet’s Mosque in Madinah during the upcoming holy month of Ramadan after a hiatus of two years.

The Presidency has also launched an online portal to give guidelines and registration facilities for the prospective worshippers intending to perform itikaf.


⇐ Previous:
Saudi Arabia sees number of Umrah performers increasing by 11.61% in 2021
Next: ⇒
Women can issue Umrah visa without mahram, on one condition