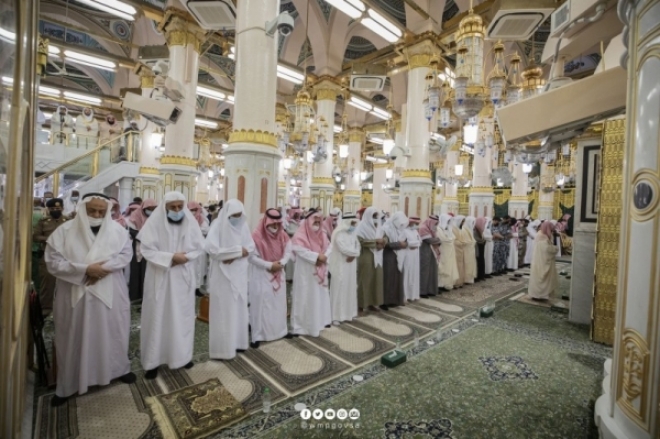 In a statement on its Twitter account, the agency said permit issued through the Eatmarna and Tawakkalna applications is required for the visit of the Rawdah Sharif.

The Rawdah Sharif and the Prophet’s grave are located inside the old structure.

Though permission was accorded earlier for the visit of Rawdah Sharif and the Prophet’s grave, permission was not given for performing prayer in the remaining areas of the old structure since the suspension of prayer in early March 2020.

The other areas of the Prophet’s Mosque, including the expansion areas, were opened for worship from May 31, 2020 after a three-month period.