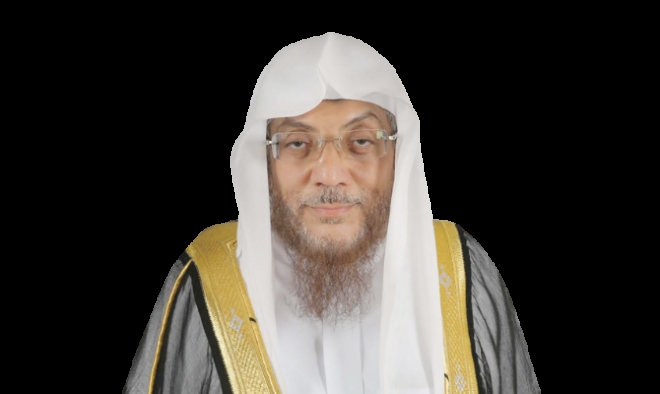 Sheikh Dr. Osama bin Abdullah Khayyat has been leading prayers, alternately with other imams, at the Grand Mosque in Makkah since 1998.

Having received his primary education in Makkah, Khayyat also received a bachelor’s degree in Islamic Shariah from the faculty of Shariah and Islamic studies at Umm Al-Qura University.

Some five years later, he was awarded a master’s degree in the same field of study from Umm Al-Qura University. He completed his Islamic studies to obtain a Ph.D. from his alma mater in 1988.

Moreover, he was licensed in Al-Kutub Al-Sittah (the six books of Hadith), containing collections of hadiths of Prophet Muhammad that were compiled by six Sunni Muslim scholars.

In 1979, he was appointed as an assistant teacher in Umm Al-Qura University’s department of Shariah and Islamic studies. Four years later, he became a lecturer in the same department. Six years after that, he was promoted to assistant professor in the department of Qur’an and Sunnah of the university’s faculty of Da’wah and fundamentals of religion, where he was elected head of the department for three consecutive terms.

Around 1990, he was designated as a teacher at the Grand Mosque, where he has since been giving lessons on the Sahihain, the book of Sahih of Al-Bukhari and the book of Sahih Muslim — Sunni Muslims’ most authentic Sunnah books. He also taught Ibn Taymiyyah’s creed book, Al-Aqidah Al-Waasitiyyah; Imam Malik’s Al-Muwatta; Ibn Al-Jaroud’s Al-Muntaqa; and Tafsir Baghawi, a Qur’anic exegesis by Al-Hafiz Al-Baghawi.

In 1993, a royal order named Khayyat a member of the Saudi Shoura Council.


⇐ Previous:
Official: About 40,000 Iranians Can Perform Hajj This Year
Next: ⇒
Sri Lankan couple serving the faithful in Makkah for 17 years