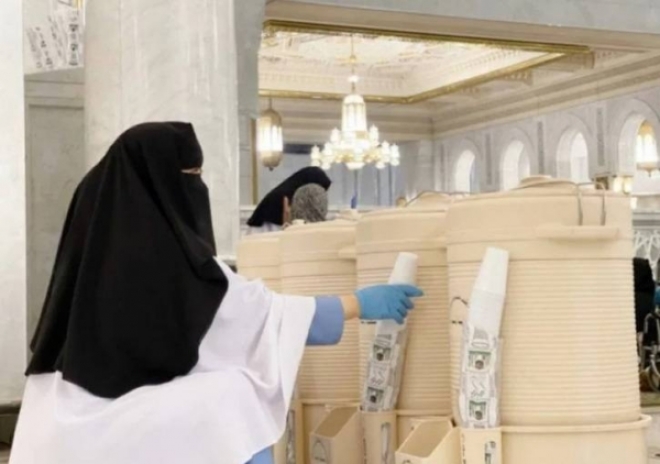 MAKKAH — The General Presidency for the Affairs of the Two Holy Mosques, represented by the Women Affairs Agency at the Grand Mosque, has provided around 3 million liters of Zamzam water to female visitors of the Grand Mosque in praying areas allocated for women during the first quarter of the holy month of Ramadan.

Assistant President for women development affairs Dr. Al-Anoud Al-Abboud said that the number of bottles distributed daily in those praying areas reached 9,320 in addition to the water pots, containers and mobile cylinders.

It follows up on providing 20 carts for new cups at women praying areas throughout the month based on the status and sanctity of the Zamzam Well and its impacts on Muslims, which represents a high concern in securing water delivery for female worshippers according to the easiest and best ways. — SPA