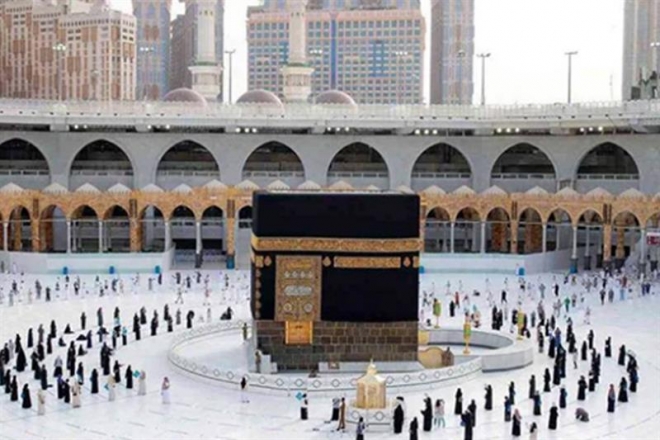 Egypt is receiving applications for the Hajj after Saudi Arabia announced it will host a million pilgrims following a two-year hiatus, reports Safeya Mounir

Egypt’s Chamber of Tourism Establishments has started receiving tour agency applications for pilgrimage visas after Saudi Arabia announced it will resume receiving non-Saudi pilgrims who want to perform the Hajj following a two-year hiatus due to the Covid-19 pandemic.

The number of pilgrims Saudi Arabia will receive will decrease by 40 per cent, however, to reach a million people —Saudi and non-Saudi alike — compared to the numbers it hosted before the outbreak.

Yasser Sultan, a former member of the Egyptian Pilgrimage Committee, expects a high turnout on the part of Egyptians. Before the pandemic, some 250,000 people had applied for tourist pilgrimage visas on an annual basis, although the country is only allowed 36,000, he added.

A lottery is carried out by the Ministry of Tourism and Antiquities to filter down the numbers.

According to the system agreed by the Organisation of Islamic Cooperation, each country’s share of pilgrimage visas has risen to one per 1,000 of its population. Egypt has not claimed its share of the increase.

Sultan expects the price of the Hajj to increase by 40 per cent due to the rise in the cost of services, the depreciation of the Egyptian pound, and the anticipated rise in hotel room prices.

Before the coronavirus outbreak, lesser pilgrimage (umrah) prices saw a 30 per cent increase, rising from LE17,000 to LE27,000.

The Saudi Ministry of Hajj and Umrah said that this year’s pilgrimage will be performed with a host of regulations, including that pilgrims be less than 65 years of age, be fully vaccinated, present a negative PCR test result conducted within 72 hours before arriving in Saudi Arabia, and commit themselves to preventive measures.

Alaa Al-Ghamri and Bassel Al-Sisi, members of the General Assembly of the Chamber of Tourism Establishments, urged the Ministry of Tourism and Antiquities to reveal the number of Egyptians who can travel for the pilgrimage and the tailored programmes and the prices they can expect to pay as soon as possible so that tour agencies can promote their itineraries.

The Saudi regulations will determine the increases in the prices of the pilgrimage, he added, pointing out that a low turnout will also increase costs. Companies assign a supervisor for each group of pilgrims. One supervisor for a group of 10 people would cost more than one for 20, for example, Al-Ghamri explained.

However, he expects the number of Egyptian applicants for the pilgrimage to increase, as was the case with umrah travels over the last three months, when 60,000 Egyptians were approved to travel for the lesser pilgrimage.