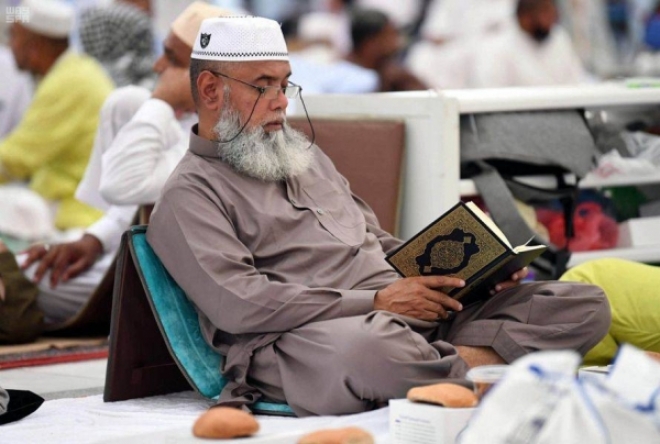 MAKKAH — Immunization is mandatory to accept the applications of people who wish to issue itikaf permits, Assistant Undersecretary for Guidance Affairs in the Two Holy Mosques Bader Al-Fraih confirmed.

Al-Fraih, during his meeting with Al-Ikhbariya channel, said that there are several requirements that must be met by the person who wants to apply for a itikaf permit, such as identity card and completion of vaccination doses against COVID-19.

Itikaf permits will not be issued to individuals if they do fulfill the set requirements, Al-Fraih said.

Itikaf permits have a validity date, and they last until the end of the last ten days of Ramadan, Al-Fraih said, stressing that the validity starts from the 21st of Ramadan until the night of Eid Al-Fitr.

The basement of King Fahd in the Grand Mosque has been designated for those who seek to perform the ritual itikaf only, as there will be no worshipers or pilgrims in it.

According to Al Yaum newspaper, nearly 500 permits and cards were prepared for those who will perform the itikaf in the Grand Mosque, Al-Fraih said.

He noted that the Presidency of the Two Holy Mosques had provided dry meals, bags, and lockers to help them in everything they need so that they would not be occupied with anything other than worship.

It is noteworthy that the itikaf, the ritual of staying in a mosque solely for the purpose of worship and meditation, will be performed at the Grand Mosque in Makkah and the Prophet’s Mosque in Madinah after a hiatus of two years due to the coronavirus pandemic.