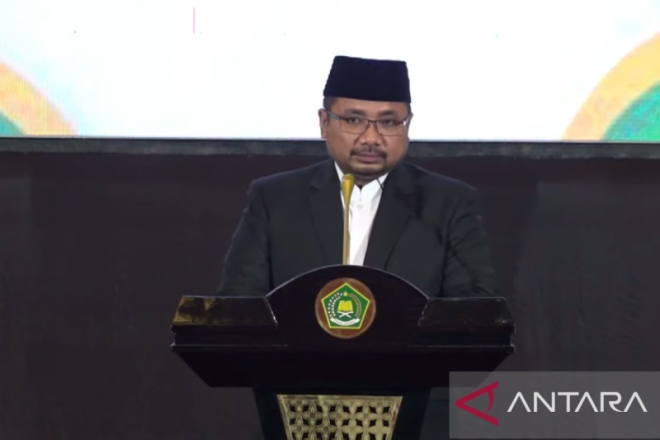 Jakarta (ANTARA) - Minister of Religious Affairs, Yaqut Cholil Qoumas, has announced that the quota for Indonesian pilgrims for the 2022 Hajj implementation has been set at 100,051.

"Alhamdulillah (thank God), due to all of our efforts and prayers, this year, we will dispatch pilgrims again with a quota of 100,051 pilgrims and 1,901 officers," Yaqut said at the 1443 Hijri State Nuzulul Quran commemoration, which was accessed from here on Tuesday.

The first batch of Hajj pilgrims will depart on June 4, 2022, he informed.

Clarity regarding the Hajj quota has come as a gift during the Islamic holy month of Ramadan for Indonesian pilgrims who have waited to embark on the pilgrimage for two years, he noted.

Indonesia did not dispatch pilgrims in the last two years due to the COVID-19 pandemic. This has worsened the long queue backlog of Indonesian Hajj pilgrims.

Earlier, chairperson of Commission VIII of the House of Representatives (DPR), Yandri Susanto, had said that Indonesia's Hajj quota in 2022, which is only around 48 percent of the quota in 2019, is the highest quota allotted by the government of Saudi Arabia compared to other countries.

"We should be grateful for this even though there is an age limit, but we can solve it by communicating well through the Regional Offices of the Ministry of Religious Affairs throughout Indonesia," he said.

Earlier, Saudi Arabia had announced that the 2022 Hajj would be opened for foreign pilgrims under several conditions.

One condition is that the pilgrims must be a maximum of 65 years old and have received a full dose of a COVID-19 vaccination approved by the Saudi Ministry of Health.

Next, pilgrims traveling from abroad must have a certificate showing a negative result for a PCR test taken no more than 72 hours prior to departure.


⇐ Previous:
1,132 South African pilgrims allowed to perform Hajj in 2022
Next: ⇒
Official: About 40,000 Iranians Can Perform Hajj This Year