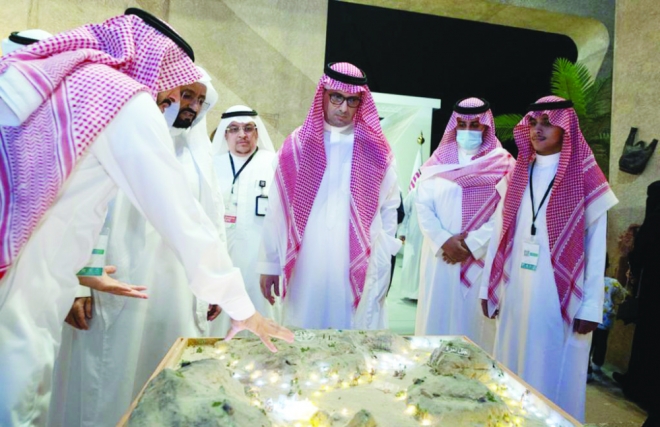 MAKKAH: The International Exhibition and Museum on the Prophet’s Biography and Islamic Civilization is another attractive feature of the Ramadan Nights Festival in Makkah, which is organized by Kadana Development Company in Muzdalifah

The museum was inaugurated by CEO of the Royal Commission for Makkah City and Holy Sites Abdul Rahman bin Farouq Addas, who toured the different sections of the exhibitions including the section that highlighted historical photos of Makkah and Madinah, and listening to a presentation via modern technologies about the biography of Prophet Muhammad, explanation of Hajj and Umrah rituals, among others.

The exhibition also highlights the efforts of the Kingdom in the service of pilgrims and visitors and the architectural development of the Two Holy Mosques.

Addas also visited other sections of the Ramadan Nights Festival such as the Makkah neighborhood that had out on fare popular, local dishes, traditional crafts, and other entertainment areas for children and families.

The festival and the museum were launched as part of the Kingdom’s Vision 2030 in order to enrich the experience of the visitors and pilgrims under the supervision of the Muslim World League.

Since the museum witnessed an influx of visitors since its inauguration, the organizers extended the working hours from 9:30 p.m. to 2:30 a.m. to accommodate visitors and residents.


⇐ Previous:
Saudi Arabia set a quota of 2,766 for pilgrims from Kyrgyzstan for the 2022 Hajj
Next: ⇒
Waqar Younis performs Umrah with family