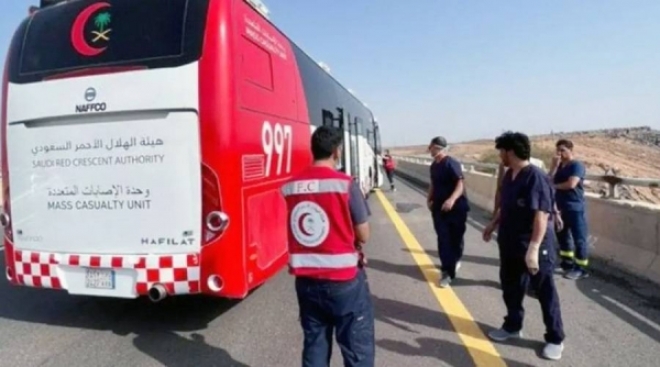 JEDDAH — Eight people died and 43 others were injured in a bus accident in Madinah on Friday.

The Director General of the Red Crescent Authority branch in Al-Madinah Al-Munawwarah Ahmed Al-Zahrani said the Red Crescent operations room in the region (997) received a notification at 06:14 Friday morning, stating that a bus overturned on the immigration highway at km 140.

“Immediately, the latest RTA vehicles were directed to the Multiple Injury Bus (Twaiq), and the first team arrived at 06:24.”


⇐ Previous:
Prophet's Mosque witnesses 14 million worshipers since the beginning of Ramadan
Next: ⇒
Over 712,000 benefit from Translation Services in Grand Mosque