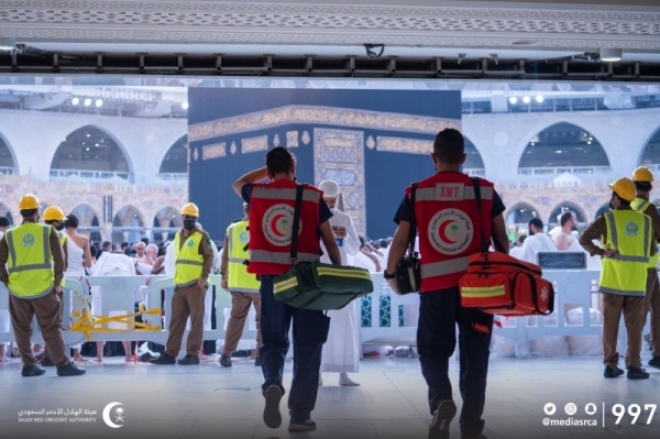 Nafei said during his interview with Al-Ekhbariya channel that the authority has dealt with more than 11,414 emergency reports, divided into 10,184 cases of illness and 1,230 cases as a result of accidents.

Nafei confirmed that the ambulance teams are present very effectively, as they reached about 34 points stationed in the Grand Mosque.

They are present in more than ten locations in the central region, as well as at the assembly points at the Grand Mosque' entrances.

The emergency cases are dealt with by using the latest medical devices and high qualifications by the ambulance teams, he added.

The authority has more than 450 health practitioners, including doctors and paramedics, Nafei said.

He noted that they provide the best emergency medical services to pilgrims, worshipers and visitors, and transfer them to the nearest hospitals to provide medical care to them in case their condition worsens.