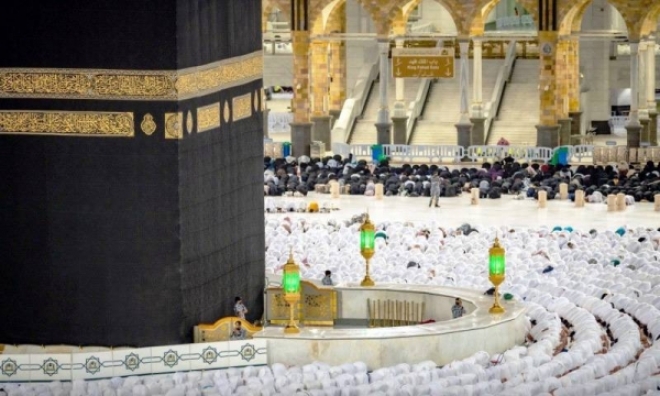 MAKKAH — Over 4 million pilgrims have performed Umrah in the first 20 days of Ramadan.

The Tafweej and Crowds Management Department and the participating parties have joined forces to harness all capabilities and provide comfort for pilgrims and worshipers while maintaining the safety of visitors to the Grand Mosque.

The Undersecretary-General for Tafweej and Crowds Management, Osama Al-Hujaili, said that from the beginning of Ramadan until the 20th of the holy month, more than 4,200,000 pilgrims were facilitated entry into the Grand Mosque, per the precautionary measures.

Al-Hujaili underlined the integration of services provided at the Grand Mosque in proportion to the needs of pilgrims and worshipers, providing the finest services and developing paths for the elderly and people with disabilities, calling on pilgrims to adhere to the timing designated via the Eatmarna and Tawakkalna applications.

He pointed out that the agency and the relevant authorities harnessed their full operational capabilities to serve the pilgrims during Ramadan, and allocate the courtyard for the pilgrims. — SG