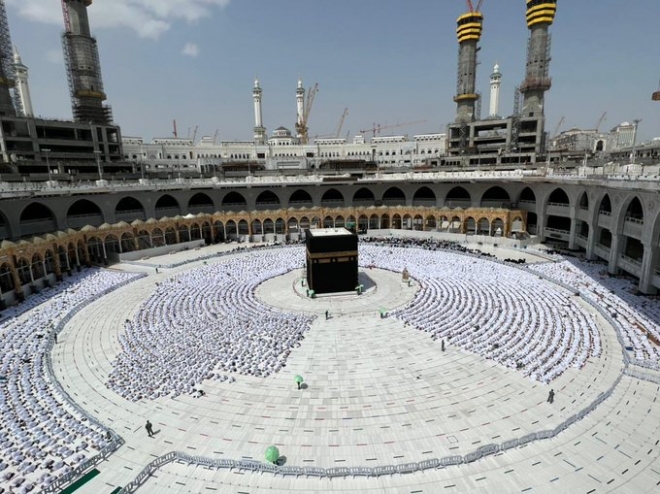 Doha: The Department of Haj and Umrah Affairs at the Ministry of Awqaf and Islamic Affairs has announced that the registration for citizens who wish to perform Haj for the year 1443 AH, will start on Wednesday, Ramadan 26, (April 27) 2022 via the website http://hajj.gov.qa.

The Ministry, in a statement posted on its social networking site, said that the registration will continue until Thursday, Shawwal 11, (May 12) 2022. The Ministry asked the candidates to follow the requirements approved by Saudi Ministry of Haj and Umrah.

As per the requirements the candidates must be at least 18 years old and not more than 65 years old and they should have received the basic doses of COVID-19 vaccine.

For further information the candidates can call to Department of Haj and Umrah Affairs on the hotline 132 of the Ministry of Awqaf and Islamic Affairs.

They can make call during the holy month of Ramadan from 9am to 2pm and 8.30pm to 11.30pm and from second day of Eid Al Fitr from 9am to 12noon and 4pm to 8pm. The telephone call service will be available from April 27 to May 12, 2022 during the registration period.

Meanwhile, speaking to QNA recently about preparations and coordination of the Ministry for the upcoming Haj season this year, Minister of Awqaf and Islamic Affairs H E Ghanem bin Shaheen bin Ghanem Al Ghanem said there is continuous communication and coordination between the Ministry of Awqaf and Islamic Affairs represented by the Department of Haj and Umrah Affairs — and the Saudi Ministry of Haj.

He said that a delegation from the Department of Haj and Umrah Affairs recently visited the Kingdom of Saudi Arabia to meet with officials of the Saudi Ministry of Haj to see and be informed of the latest developments regarding the procedures and updates related to the upcoming Haj season of 1443.

The Minister said that the visit was also aimed at coordinating Qatar’s quota of pilgrims for this year, after a break that lasted for several years.

The Minister of Awqaf and Islamic Affairs participated in Haj and Umrah Services Conference and Exhibition ‘Transformation Towards Innovation’, which was held in Jeddah, Saudi Arabia, from March 21-23, 2022.

He said that the conference aimed to introduce the transformation programmes for innovation, which is a platform for thinkers, innovators and entrepreneurs, to receive creative ideas and visions for Haj and Umrah programmes, through an electronic incubator platform that contributes to facilitating the affairs of pilgrims through the use of innovative technical means, as well as an exhibition on the services related to Haj and Umrah.

Haj is the fifth pillar of Islam which is obligatory once in a lifetime on every Muslim who has reached the age of puberty and is physically and financially capable of performing it.