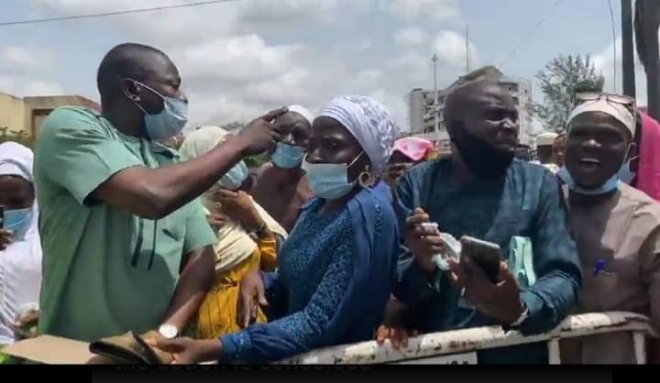 Some intending pilgrims in Lagos on Monday stormed the Alausa Government House to protest the 100 percent increase in the cost of 2022 Hajj fare.

The pilgrims said they had already made payment for the 2020 Hajj since 2019 which did not hold because of the COVID-19 pandemic.

They said to their dismay, they got a message from the state Muslim Pilgrims’ Welfare Board to pay additional N1.3m to balance the payment made since 2019.

One of the protesters who said they are representatives of intending pilgrims from all the local governments in the state, said, “We are here to plead on the payment. Three weeks ago, the Commissioner invited us to the old secretariat block. We were told that they are going to increase the money but it is just a token amount and we pleaded that it should not be much.

They called for the intervention of the state governor, Mr. Babajide Sanwo-Olu and the Speaker, Mudashiru Obasa.

“We plead with our governor and the Speaker. We are in Lagos State and we are for peace,” he said.


⇐ Previous:
Immigration of hajj pilgrims to be completed at Dhaka airport
Next: ⇒
Haj registration to begin on Wednesday