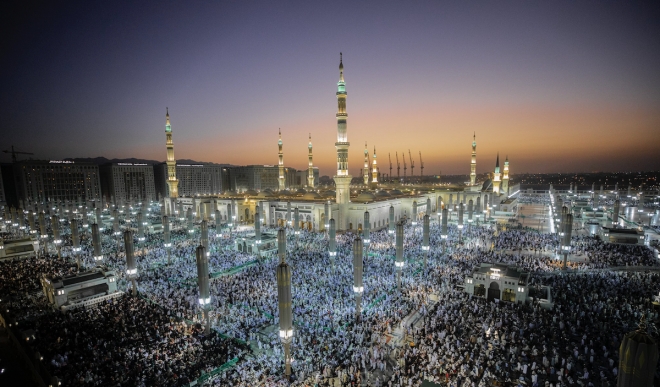 22 million worshippers visited the Prophet’s Mosque in Madinah during Ramadan and Eid Al-Fitr, the president of the General Presidency for the Affairs of the Two Holy Mosques has said.

In addition to this, 406,000 people visited the Noble Rawdah during the holy month, Dr. Abdulrahman Al-Sudais said.

The Rawdah lies between the Sacred Chamber (known as the Prophet’s house), and the Prophet’s Minbar (or pulpit). This southeastern section of the Prophet’s Mosque is where his house once stood, where he lived with his wife Aisha bint Abu Bakr and is buried.

Al-Sudais added that more than 4.5 million bottles of Zamzam were distributed at the mosque and 330,000 containers provided the holy water to those visiting the holy site.

Around 5 million iftar meals were distributed, 283,000 people benefitted from digital services at the mosque, and 472,000 people used the mosque’s car park during Ramadan and the celebratory days of Eid.