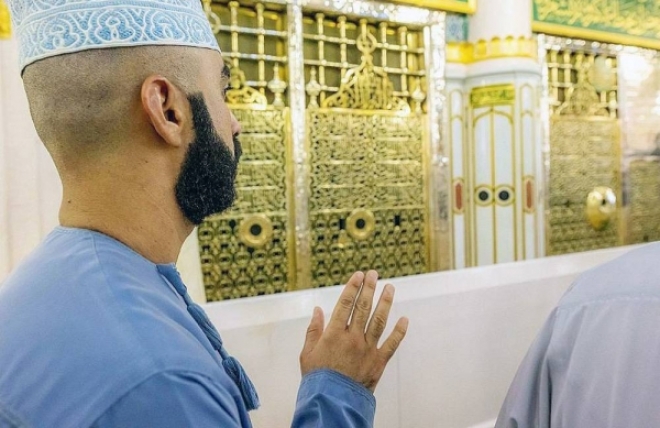 MADINAH — The number of Umrah performers and visitors who arrived in Madinah through air, land and sea ports since the beginning of the Umrah season of this year totaled 1,542,960 Umrah performers, and 1,300,380 have left and 242,580 are still in Madinah till Monday, according to a report issued by the Agency of the Ministry of Hajj and Umrah for the Affairs of Visit in Madinah.

The statistics showed the number of the top visitors to Madinah in terms of their nationalities during this Umrah season, where Iraqi Umrah performers topped nationalities with 313,815, followed by Pakistanis with 201,003, Indonesians with 171,898, and Egyptians with 95,907 Umrah performers who visited the Prophet’s Mosque and performed prayers in it.

The ministry’s statistics showed that the total permits issued to perform Umrah during Ramadan this year reached 6,694,998 permits for Umrah performers and visitors of various nationalities through the Eatmarna application.