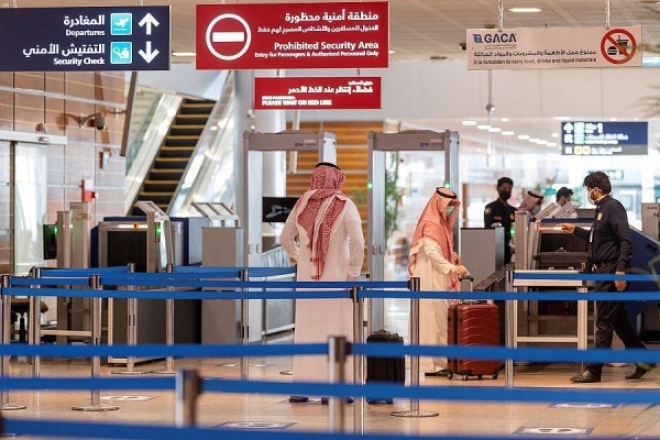 RIYADH – Even after two weeks have passed since the intervention of the General Authority of Civil Aviation (GACA) to review exorbitant increase in prices of domestic airline tickets, there has been no change or fall in airfares, according to the market sources.

It is also noted that domestic airfares are on the rise for the tickets even for dates beyond two weeks while international flight tickets are available at much cheaper rates, Al-Watan newspaper reported.

Last Monday, the economy class fare from the Northern Border Province city of Turaif to Riyadh on the website of Saudi Arabian Airlines was SR897 while at the same time the flight charges for a trip from Turaif to Cairo via Riyadh for the same class was SR804.

There were reports earlier that Umrah pilgrims of Turaif and Al-Qurayyat were traveling to Jordan to set out for Saudi Arabia via the neighboring country in their bid to travel at cheaper airfares.

Meanwhile, a source at the Saudia Airlines said that GACA did not compel any aviation companies to make any specific percentage reduction in ticket prices, and that until this moment it has referred the matter of studying and reviewing airfares to domestic airlines.

In a statement issued on April 26, GACA said that it had taken a number of direct measures to deal with the changes that it had noticed in the price patterns of domestic air travel tickets.

The authority noticed a change in the pattern of prices for some categories of air tickets, and had followed with utmost keenness on the news being circulated about changes in the prices of domestic air tickets.

In its capacity as the regulator of the civil aviation sector in the Kingdom, GACA said that it has taken a package of direct measures, which will result in a review of the air transport pricing structure as well as an increase in the seat capacity and the number of flights.

With the adoption of these measures, GACA noted that it aims to ensure appropriate and reasonable prices for travelers and enhance competitiveness in the air transport sector.