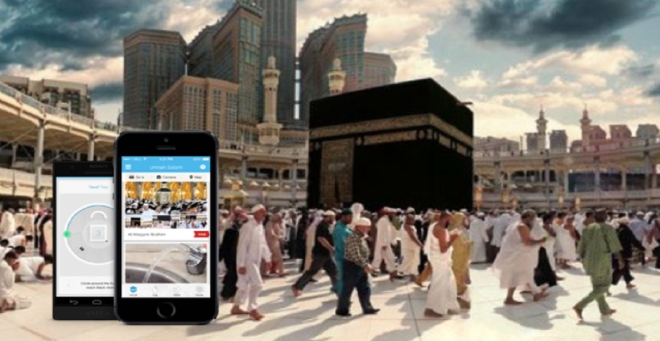 Hajj is that pilgrimage to Mecca for which the people wait for the whole life to get an opportunity to visit. Due to Covid-19, Saudi government had stopped Muslims from visiting the sacred place since last two years. After so much time, this year Saudi government has finally officially announced Hajj and pilgrims are now allowed to apply and visit from all over the world but they all need to take care of the instructions given by them. One of the directives is the compulsion imposed on the pilgrims to bring the smartphone along for the Pilgrims of Hajj.

The pilgrim should buy a personal smart phone and it is a must. Not even he has to buy the smart phone but has to learn its usage also before starting journey for Hajj. Usually when a pilgrim lands in Saudi Arabia, there are many local mobile network sellers who ask you to buy a Saudi sim. People have to judge the packages that networks are offering and then have to buy one mobile sim for their smart phone. Also the pilgrim can visit a mobile network outlet and get registered and get a sim.

The reason to make the smart phone usage compulsory is because the pilgrim has to ask permission from the authority for performance of Hajj, Umrah, tawaf and for offering the prayers in mosque. The pilgrim has to download the mobile application “Tawakkalna” and “Eatmarna” and on these mobile apps he will take the permission from the government’s assigned authority. Before the pilgrim leave their country for Saudi Arabia, they must download these applications in their smart phones. Without doing this they will not be able to perform the important chores.