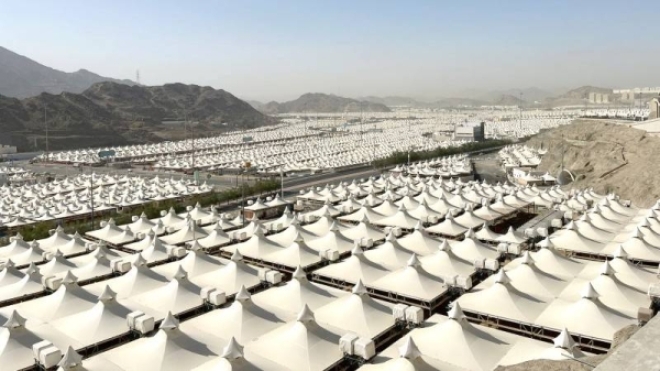 MAKKAH — The Ministry of Hajj and Umrah is expected to announce soon procedural guidelines for housing domestic pilgrims during the upcoming Hajj.

Okaz/Saudi Gazette has learned from the ministry sources that the General Administration for Domestic Pilgrims at the ministry will divide the camps for housing domestic pilgrims in Mina area into three segments and packages. The first segment is Mina towers while the second is the tents developed by Kedana Company. The third is undeveloped tents titled ‘hospitality tents’.

The ministry explores the possibility of introducing a fourth segment of housing outside the area of the holy sites in the event of getting approval from the authorities for the accommodation of pilgrims outside the holy sites. Under this segment titled ‘hospitality plus’ package, housing will be provided in licensed buildings in Makkah.

Out of the total one million pilgrims who will be allowed to perform Hajj this year, the vast majority of 850,000 (85 percent) pilgrims are from abroad while the domestic pilgrims account for only 15 percent or 150,000 pilgrims.


⇐ Previous:
How Much Is Hajj From Usa?
Next: ⇒
Saudi agrees to continue Makkah route for Malaysian haj pilgrims