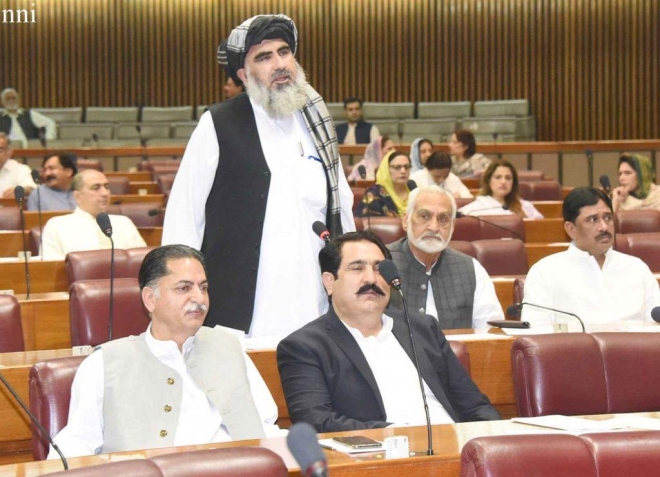 ISLAMABAD   –   The coalition government announced in National Assembly (NA) session on Friday to bring down the cost of upcoming Hajj below Rs 650,000.

“It has been planned to bring down the cost of upcoming Hajj below 650,000 rupees,” announced Minister for Religious Affairs and Interfaith Harmony, Mufti Abdul Shakoor on the last day of NA session. This National Assembly’s session continued over three weeks.

Minister said that the residences for pilgrims have been hired at lower prices in Mecca and Madina. “A comprehensive and affordable package for Umrah and Ziaraat will soon be introduced,” he said, mentioning that the government would try to further reduce the cost of upcoming Hajj.

in a policy statement in the lower house of the Parliament, he said that they were  still negotiating with the Saudi government and other quarters concerned to further reduce the expenses of the upcoming Hajj from 650,000,  aimed at extending maximum facilities to intending pilgrims in performing the religious obligation.

He further said his ministry had hired buildings in Madina-tul-Munawara at 720 Riyal against the rate of 2100 Riyal paid in 2019. He added that under the leadership of Prime Minister Shehbaz Sharif and Maulana Fazal-ur-Rehman, the expense of the upcoming Hajj had been brought down to Rs 650,000 and efforts were underway to further reduce it, He said expense of the food and transport had also been reduced by the government of Saudi Arabia on the request of Pakistan.