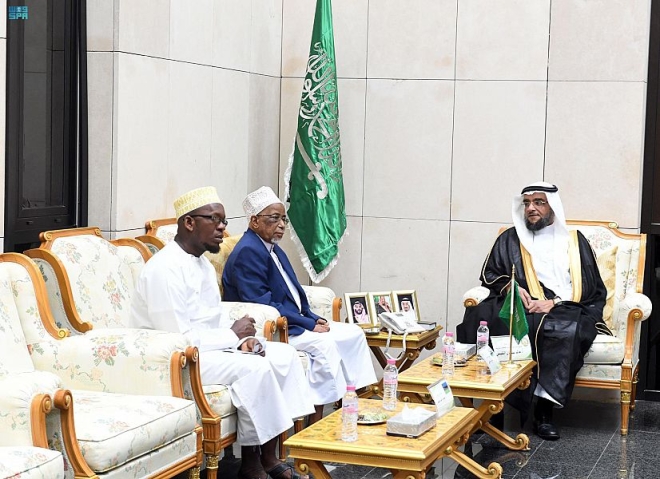 The Grand Mufti of Zanzibar, Sheikh Saleh bin Omar Kaabi, visited the King Fahd Complex for the Printing of the Holy Qur’an in Madinah on Tuesday.

Sheikh Saleh toured the complex’s facilities and production lines, and listened to a detailed explanation of the stages of printing and the mechanisms at the complex.

He praised the elaborate work and great efforts made by the Kingdom to serve the Qur’an.

Saudi Arabia has printed more than 345 million copies of the Qur’an, translated the holy book into more than 76 international languages, and distributed copies to countries across the globe.

The complex has increased printing of the Qur’an by more than 100 percent in recent years, taking the number of copies it prints using the best paper annually to 20 million.

Zanzibar is a semi-autonomous archipelago off the coast of Tanzania consisting of Zanzibar Island (locally, Unguja), Pemba Island and many smaller islands.