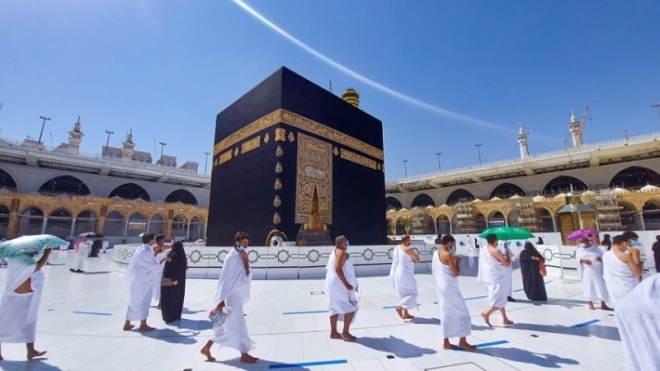 Rabat - With many Moroccans complaining about the high cost of Hajj (the Islamic pilgrimage) this year, Morocco’s Minister of Islamic Affairs has said that his ministry did not add a “single dime” to the logistics of Hajj, in a parliament hearing on Monday.

Speaking at a parliament hearing on Monday, Ahmed Toufiq addressed questions about the increase in prices from previous Hajj, as well as the newly introduced age restriction for pilgrims.

Toufiq argued that housing in Mecca and Medina - the main destinations for Hajj - did not exceed the 2019 prices. The other details are “non-negotiable” services, he added, without specifying the exact nature of those services.

The minister noted that Hajj is a religious concern, not an earthly one. Hajj is mandated in the Quran under one condition: being able to perform the pilgrimage. This means that, in addition to being in good health to go through the Hajj rituals, Muslim pilgrims should be able to afford the financial costs of the trip.

Concerning the age issue, the minister said that the decision to exclude pilgrims above the age of 65 from participating in Hajj was a sovereign decision by Saudi Arabia. He added that this decision is applied to the entire Islamic world, and not just Morocco.

As people above 65-years-old are more “fragile and prone to getting sick,” Toufiq argued in justification of the age restriction, they might be at risk during the long pilgrimage.

He also added that if a wife was under the age limit, while the husband was above 65-years-old, both of them will be reserved a spot for whenever the age limit is removed in the future. In Islam, a wife cannot go to Hajj without her husband.

Toufiq’s comments come as many Moroccans continue taking to social media to express their dissatisfaction with the notable increase in Hajj prices. Comparing this year’s Hajj cost to previous years, many fear that Hajj will soon be exclusive to rich people alone.