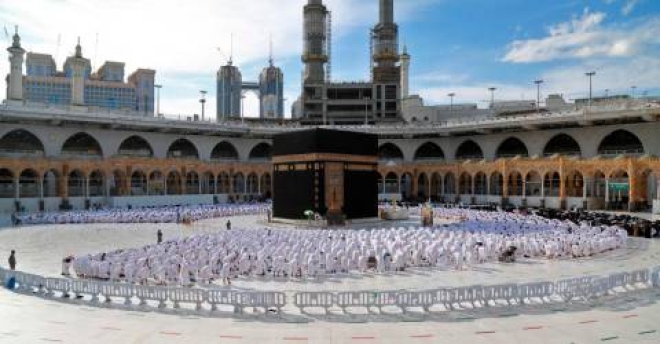 The GACA – via circular letters sent to airlines operating in the country – stated that airports in Jeddah, Madinah, Yanbu and Taif have been approved for the movement of Haj pilgrims only.

Accordingly, non-pilgrim visa holders are no longer allowed to enter Saudi Arabia through the four airports for the period of 10 Zulkaedah (10 June) to 10 Zulhijjah 1443H (10 July 2022).

Citing the Jeddah Airports Company, the newspaper reported a travel ban for holders of visitor, commercial and tourist visas to King Abdulaziz International Airport in Jeddah during the aforementioned period. - Bernama


⇐ Previous:
Issuing iftar permit to resume for Ayyamul Beed, Monday and Thursday fasting at Grand Mosque from Thursday
Next: ⇒
Maldivian hajj pilgrims to be headed by Islamic Minister this year