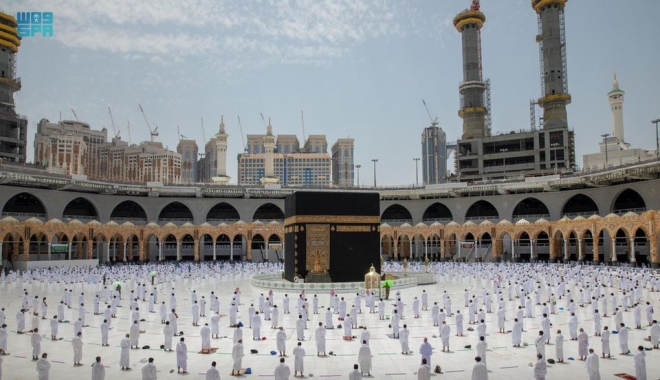 A delegation of officials from Saudi Arabia has decided to postpone the ‘Road to Makkah’ project due to time shortage and the possibility of not being able to deliver its complete benefits.

The project is aimed at facilitating direct travel to the holy city of Makkah from the airports of Lahore, Islamabad and Karachi, with the luggage of pilgrims reaching their hotels directly.

According to Express News, the delegation that arrived in Pakistan in May said that more time is needed for bringing in the system from Saudi Arabia and installing it in Pakistan.

Citing airport sources, the report added that the Civil Aviation Authority (CAA) made arrangements for the project at the Allama Iqbal International Airport in Lahore, but Saudi authorities have asked for it to be started next year.

Had the project been started, it would have facilitated Hajj pilgrims through the issuance of e-visas and their clearance with the immigration department before their arrival in Saudi Arabia.


⇐ Previous:
Registration of domestic pilgrims for Hajj 2022 begins
Next: ⇒
Why Hajj fare jumped to N2.6m, by Commissioner