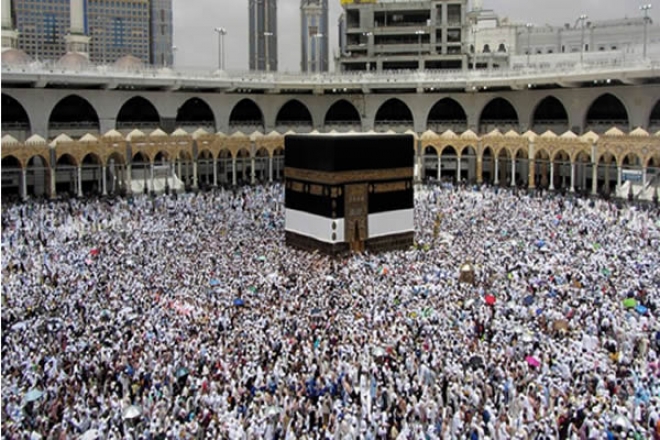 The Lagos State Commissioner for Home Affairs, Prince Anofiu Olanrewaju Elegushi has explained the reasons for the sudden increase 2022 Hajj fare from the initial N1.3 million charged since 2019 to N2,640,000. The commissioner said that the Saudi Arabian Government increased its Value Added Tax (VAT) and imposed taxes on other goods and services which were hitherto not in the tax net before. He said that the increment had affected virtually everything, including accommodation, airline, local transportation, amongst others Elegushi disclosed this while addressing the intending pilgrims during a meeting held at the Shamsi Adisa Thomas (SAT) Mosque, GRA, Ikeja, Lagos.

He appreciated the Governor of Lagos State, Mr. Babajide Olusola Sanwo-Olu for supporting the intending pilgrims that are embarking on Holy pilgrimage in the Kingdom of Saudi Arabia. Elegushi , who also briefed the pilgrims on the plans being put in place towards ensuring a successful Hajj operation this year, said that the increment wasn’t from the state government. The Commissioner, however, emphasized that the state initially wished to secure accommodation closer to the Haram in Makkah but the fund available was not enough. He stressed that it was the Governor who in his magnanimity and kindheartedness that rendered his support by directing that a befitting accommodation, which is a walking distance from the Holy Mosque Haram should be secured for the state’s pilgrims.

Elegushi said: “Another critical intervention by the Governor was the tent which the intending pilgrims would be staying in Muna. The tent ‘C’ which is of a lower grade is what the money paid by pilgrims could afford but because the Governor wanted the best for his pilgrims, he also directed that a more befitting and higher grade tent ‘B’ should be secured so that the intending pilgrims could enjoy maximum comfort throughout their stay in Muna.” While assuring that the State would not leave anything untouched in her quest to provide them a remarkable Hajj experience, Elegushi said that adequate arrangement has been made with caterers to provide sumptuous meals in local delicacies for the intending pilgrims. He however appealed to those who are on special diet not to hesitate to notify the schedule officers so that their needs can be adequately catered for.

On the ‘Idahyah Ram’, the Commissioner confirmed that the cost had been increased to 809 Saudi Riyal. He however, noted that whilst slaughtering the ram is incumbent on every pilgrim, anyone who is financially incapacitated to slaughter one because of the high cost, must be prepared to observe three fast in Makkah and another seven when they return back home in accordance with the teachings of the Holy Qur’an and the Prophet. He urged the intending pilgrims to reciprocate Mr. Governor’s kind gesture by praying fervently for him and his deputy Dr. Kadri Obafemi Hamzat as well as the State.

Earlier in his opening remarks, the Board Chairman, Imam Shakir Ayinde Gafar told the intending pilgrims to thank Allah for counting them amongst the lucky ones that would perform the spiritual exercise this year. He said that many who could afford the increment could not accommodated by the Board because the limited slots allocated to the State by the National Hajj Commission of Nigeria (NAHCON) are not enough to go round. Quoting the Holy Qur’an chapter 22 vs 27, Engr. Shakir, popularly known as Mofesaye, urged the intending pilgrims to guide the opportunity of their call jealously and ensure that they fulfill all the Hajj rites in order to harness the maximum rewards.