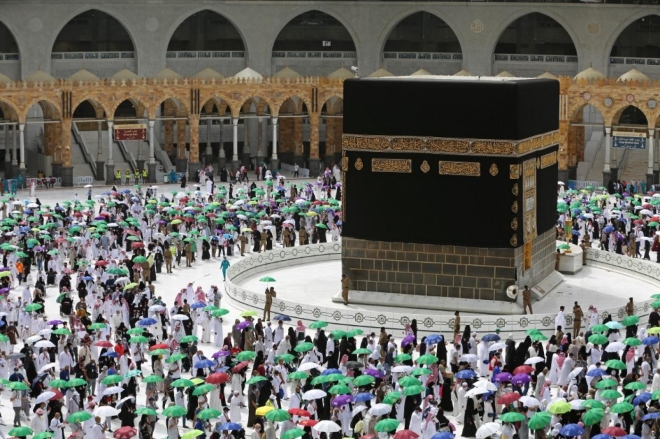 Just weeks before the annual Hajj pilgrimage, Saudi Arabia has introduced new rules which mean prospective travellers from western countries must now book their visits to Mecca through a government website, rather than via travel agencies.

Saudi Arabia's Hajj Ministry confirmed on Monday that pilgrims from "Europe, America and Australia" would need to apply via its Motawif website and said pilgrims would find out if they had gained a place via an "automated lottery" or draw.

The ministry has not said when the draw will happen but advised prospective pilgrims to "request refunds from tour operators/agents" who have taken deposits for people wishing to do the Hajj.

Prospective pilgrims will now have to apply for a place to attend the annual Hajj and, once approved, book their flights and hotels directly with the Saudi government.

The Hajj pilgrimage is one of the largest religious gatherings in the world and is considered a religious obligation for every Muslim who is healthy and able to afford it within their lifetime.

Riyadh has not released the pricing for its packages for international pilgrims, but said it will include the price for flights and accommodation.

It remains unclear what prompted Riyadh to change its processes so close to the Hajj season's commencement, but it could mean pilgrims who have waited since the coronavirus pandemic will lose out on a chance to complete the Hajj.

To guarantee their place for the Hajj, many pilgrims put down deposits with travel agents in their own countries. But since the announcement, many agents have refunded them.

Pilgrims typically take months to prepare for the religious rites associated with the Hajj and attend seminars to ensure the pilgrimage is completed correctly.

In April, Saudi Arabia announced that it would re-open the Hajj but only allow a million triple-vaccinated pilgrims and those aged below 65 to attend. The announcement led travel agencies to begin advertising packages that ranged from $7,000 to $10,000.

In May, Saudi Arabia's ambassador to Britain, Khalid bin Bandar al-Saud, told MPs from the All-Party Parliamentary Group on Hajj and Umrah to tell prospective pilgrims "to contact the [travel] agent and claim a refund".

Prince Khalid also told MPs to ask British travel agents for refunds from their local Saudi partners if they had already put down deposits on hotels or transport.

The new system comes months after travel agencies in Europe, America and Australia were left in the dark by the Ministry of Hajj in Saudi Arabia and not told the number of places allocated to them.

"We have been doing Umrah and Hajj for many years, and getting anything out of the ministry is very difficult, so how pilgrims are going to get what they need is mind-boggling," Yusuf told Middle East Eye.

"Many agents rely on Hajj for their main profit. Now they will most likely rely on Umrah to survive, but that would be even more difficult given how saturated the Umrah market is with different agencies and pilgrims now able to book everything themselves."