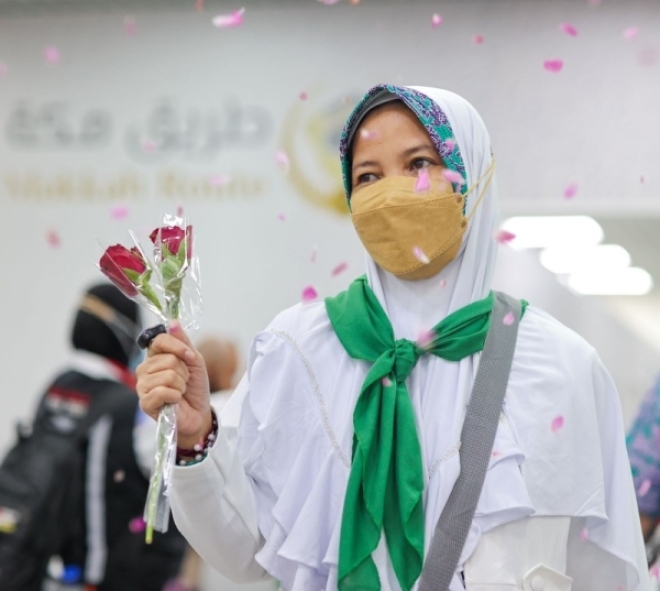 Upon arrival, the pilgrims were received by representatives of the relevant agencies.

The Makkah Route Initiative, which is launched in Indonesia for the first time this year, is one of the initiatives of the “Pilgrim Experience Program”, which is under the Kingdom’s Vision 2030.

The initiative aims at completing pilgrims’ travel procedures, starting from issuing visas electronically, collecting biometrics, and entry procedures at the airport of the country of departure itself after ensuring that they meet all health requirements.

The procedures also include labeling and sorting luggage according to the transportation and accommodation arrangements in Saudi Arabia. This cuts down the waiting period at the arrival airport where the pilgrims will board immediately upon landing buses waiting to take them to their residences in Makkah or Madinah. Logistics agencies will deliver their luggage to their residences.