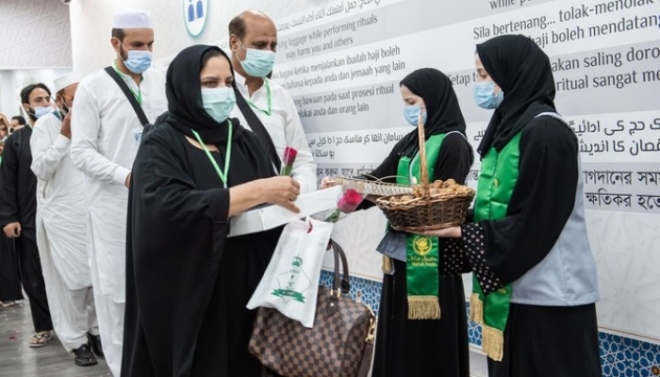 ISLAMABAD: Under the government Hajj scheme, 19 residential buildings have been acquired for Pakistani pilgrims in Madinah Munawarah.

Each of the buildings has the capacity to accommodate 200 to 600 pilgrims, Radio Pakistan reported.

According to the spokesperson of the Ministry of Religious Affairs, all buildings are located within 300 meters of the premises of Masjid-i-Nabavi (SAWW).

He said three time meal was being provided to Hajj pilgrims, and buildings were fully air-conditioned with state-of-the-art elevators.

The spokesperson said that the residential area of Pakistani pilgrims had been divided into two sectors in which clinics had been set up to provide immediate medical treatment to the pilgrims.

A Hajj Medical Mission Hospital had also been set up in Madinah to provide basic health facilities to Hajj pilgrims in the holy city.

A day ago, Deputy Director Facilitation and Coordination Azizullah Khan at Pakistan House in Madinah had said all intended pilgrims, who had arrived in Madinah Munawwara, were being provided the best facilities of food, residence and transportation by the Saudi Arabian government.

He had said a special office of facilitation and coordination had been set up at the Pakistan House in Madinah to facilitate the pilgrims.

Azizullah had said that a medical mission had also been established to resolve health-related issues of Hajj pilgrims.

Earlier, more than 7,500 Hajj pilgrims had arrived in Madinah Munawwara through pre-flight operation under the government’s Hajj scheme.

According to Media Cell House of Pakistan House in Madinah Munawwara, the Hajj pilgrims would proceed to Makkah after eight days stay in the holy city.


⇐ Previous:
Health Ministry to integrate health data collected by smartwatches
Next: ⇒
All preparations for Qatar Hajj pilgrims have been completed this year