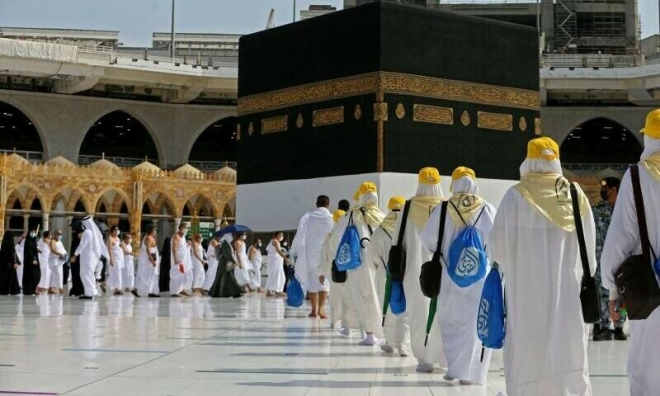 The Saudi Hajj ministry has announced that all registrations from European countries would be conducted through the online direct platform and not the usual registrations through accredited travel agents.

The Ministry of Hajj and Umrah started registration for the pilgrims from Europe, America and Australia on the Motawif Platform on Friday where applicants could register themselves for an online draw which will be conducted “at random” at a later date.

The first arrivals of Hajj flights from such countries had been scheduled for June 26.

It took the decision as the Hajj quota for this year was capped at one million due to the Covid-19 pandemic.

The expected dates for Hajj are from July 7 to 12. However, the dates may vary as per the sighting of the Zil Hajj moon.

The ministry directed pilgrims within the Kingdom to complete their applications on the Eatmarna app so that they could be entered into the e-draw to perform Hajj this year.

More than 8,000 Pakistani Hajj pilgrims were flown to Saudi Arabia in five days under the ‘Road to Makkah’ project.

Pilgrims from other countries were also arriving in Saudi Arabia.