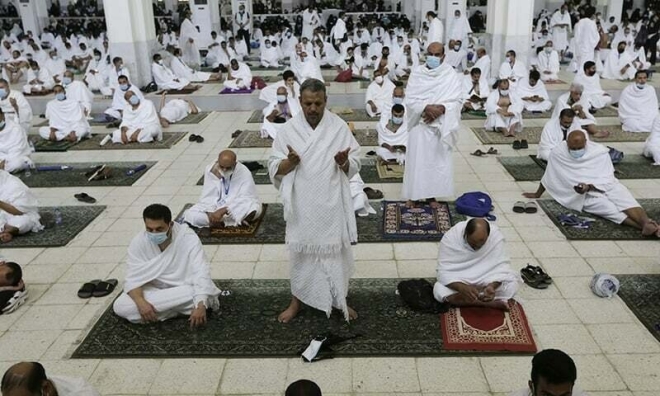 The company tasked with collecting and facilitating applications from prospective Haj pilgrims living in western countries has at least one investor with close ties to India’s government, Middle East Eye reports.

Saudi Arabia’s authorities had last week announced that Haj pilgrims from Australia, Europe and the United States would need to apply for visas via the government portal Motawif, a move intended to crack down on what it called “fake” travel agencies.

The Saudi authorities have issued few statements about why the decision was being implemented so close to this year’s Haj, but an MEE investigation reveals that an individual involved in helping facilitate millions of dollars’ worth of investments into Traveazy — a Dubai-based company that has been exclusively contracted to process the western applications through Motawif — has ties to Indian Prime Minister Narendra Modi and his Bharatiya Janata Party (BJP).

Prashant Prakash, the vice president and partner at venture capital firm Accel India, has served on India’s National Startup Advisory Council since 2020, and in 2021 became a policy and strategy adviser to Basavaraj Bommai, the chief minister of the BJP-run government in Karnataka and a key Modi ally.

According to Accel, it was Prakash who led the venture capital firm into partnering with two other operations when they collectively invested $7 million in Traveazy in 2016, as the Indian-owned company began to build its Holidayme subsidiary, and, later in 2018, Umrahme, a company run by Mohammed bin Mahfouz.

According to Forbes, Umrahme is now “one of only three companies authorised by the Ministry of Haj and Umrah to sell Umrah products to global travel agents”.

Accel is a long-time investor in Israeli start-ups, reportedly investing more than $350m in the country between 2002 and 2016.

Several Indian activists said the revelations were concerning. Nabiya Khan, based in New Delhi, told MEE that Saudi Arabia’s decision to outsource the application process to a company with investor linked to the BJP was “outrageous and dangerous”.

“The personal data of those Muslims who applied through the portal could easily end up in wrong hands,” Khan said.

“It is unfortunate that Muslim nations are entrusting such sensitive information and money to people whose money will ultimately abet persecution of Muslims in India,” added Khan.

Syed Abdahu Kashaf, a social and civil rights activist from Hyderabad, told MEE that the allegations meant Saudi Arabia had effectively “invited people who have no right to be involved in a very sacred space for Muslims”.

Neither Saudi Arabia’s Ministry of Haj and Umrah nor the Saudi consulate in New York City replied to requests for comment, according to MEE.