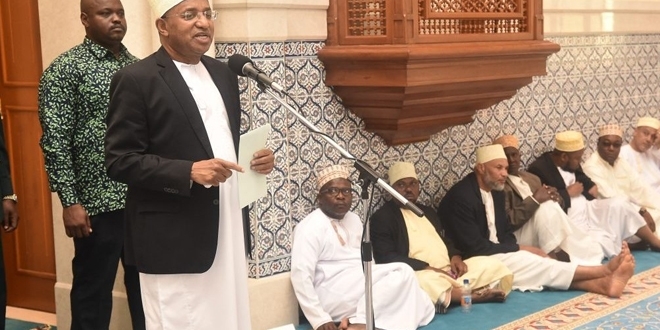 ZANZIBAR will make efforts to boost the Hajj Fund to assist the less fortunate to perform the pilgrimage next month, President Hussein Ali Mwinyi declared yesterday.

Seeing off a group of pilgrims readying to travel to Mecca in Saudi Arabia at Masjid Jamii, Mazizini in the Urban West Region, Dr Mwinyi said the Hajj Fund will to a great extent help those who cannot afford the full cost of the pilgrimage.

Urging would be pilgrims to remain patient as to difficulties encountered this year, the president praised organisers for the big number of those showing up for the pilgrimage despite the challenges they faced.

For those making the trip, the PCR test (of being free of Covid-19) is now being provided by the private institutions at $80 cost, where $50 going to the government and $30 remains with that institution.

The government was ready to forgo the $50 revenue, while the government looks into the possibility of removing the health certificate as is the case for the Mainland, for those with vaccination certificates recognized by the Saudi authorities.

Setting up a special account for the Hajj will be decided upon at an appropriate level later, he said, urging the relevant institutions to learn from countries with large Muslims populations like Malaysia and Indonesia, who initiate plans for people wishing to travel for the pilgrimage.

Issues involved include collecting Hajj funds as there are parents who save money for their children in hajj accounts to enable them go to hajj when they grow up, he said, underlining the need for unity among the pilgrims.

Those going to the Hajj for the first time have every reason of making sure they put up the best conduct as it could be their first and last chance to do so, he said, reminding them that instruction during the Hajj were vital, as well as observing Ikhlas, doing as the Hajj requires.

Zanzibar Mufti Sheikh Saleh Omar Kabi reiterated to the pilgrims on the importance of the Hajj, while the chairman of the Hajj committee, Yusuf Salim Yusuf, delivered a message from the Association of Zanzibar Hajj Institutions.

He said this year the association has coordinated 23 institutions which expect to send 1,600 pilgrims for the Hajj, in a bid to strengthen Hajj services in Zanzibar.

Despite the increase of the number of people going for the Hajj, the number is still small compared to the Muslim population in the country, he stated.

Saudi Arabia this year allotted 11,467 pilgrims from Tanzania but those who volunteered to travel stand at 1,600 for Zanzibar and 1,100 for the Mainland, he added.