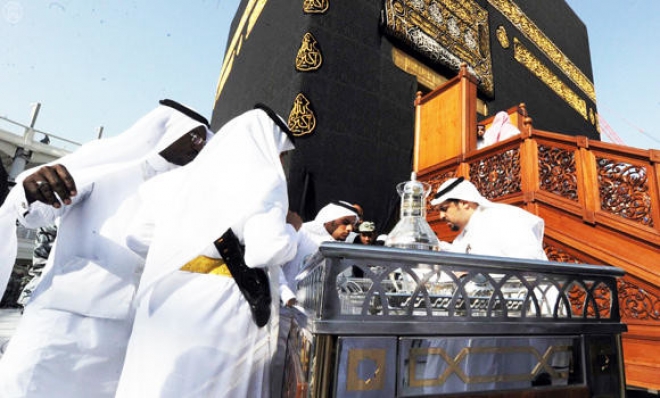 JEDDAH: The ceremonial washing of the Holy Kaaba will be conducted only once a year and will be performed during the first Hijri month of Muharram, said Sheikh Abdul Rahman Al-Sudais, head of the Presidency of the Two Holy Mosques.

He said the presidency has received a royal directive to this effect.

Saleh Al-Shaibi, keeper of the Kaaba, said the move was aimed at ensuring the safety and security of worshippers. He added that some onlookers sustained injuries after falling from structures last year.

The washing was to take place on Tuesday, Shaaban 1.