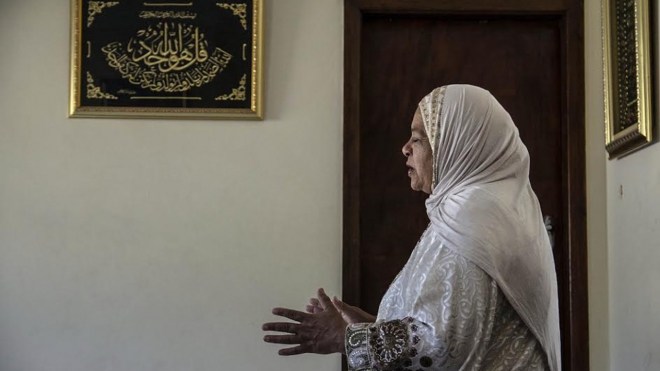 In 1989, an elderly man walked into a fish and chips shop in Jo’burg’s inner city and offered the owner, Fazel Ebrahim, this advice: “Always save your shiniest coin.”

Since then, Ebrahim plucked the glossiest coin from the till and dropped it into a tin. By the time he went on hajj in 2011, he had saved R150 000 for him and his wife to make the religious Islamic pilgrimage.

The annual hajj is one the largest gatherings of people in a single moment in the world. It is obligatory for all Muslims to make the journey to Mecca at least once in their lifetime if they are physically, mentally and financially able.

The Ebrahims were 50 years old when they made the pilgrimage. It had taken 30 years of saving and two debts to God that needed to be repaid. When their daughter was born in 1985, she required two operations.

“My pledge to the Almighty was for every operation that she comes out of successfully, I will send somebody for hajj that cannot afford to go,” Ebrahim says.

The operations worked and Ebrahim began saving. His first sponsored haji was a taxi driver who frequented his shop, and the second an imam, originally from Tanzania, at the Brixton mosque in Jo’burg.

The cost of hajj has become a strain because the rand has lost value. According to Shaheen Essop, the president of the South African Hajj and Umrah Council (Sahuc), 40% of South Africans who have successfully registered to go on hajj have “dropped out. You basically have an accredited pilgrim who can’t now afford it.”