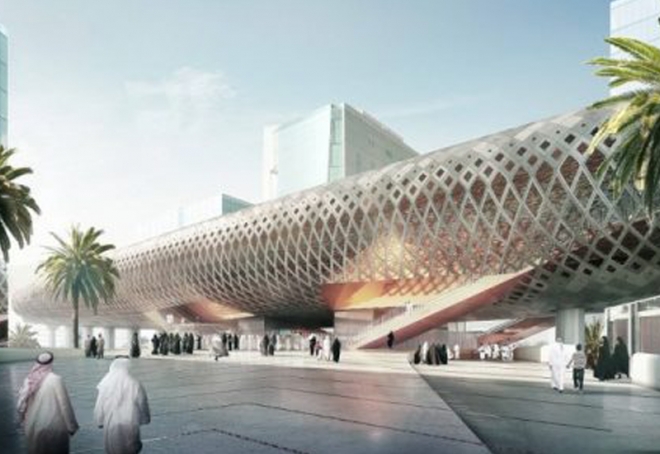 The tender for Phase 2 of Makkah’s first rail system may be awarded by next year, an official close to the project has said.

According to Benjamin Highfield, executive vice president of HKA, the construction claims group of Hill International, government officials are currently in talks to secure funding for the project after previous reports said it may have been shelved due to budgetary strains.

“[Saudi] has moved a long way to procuring this job [by actively seeking] a contractor or consortium and is currently looking at financing methods,” he told Construction Week.

No appointments have been made however, as right now the Saudi government is looking at ways of “financing these projects outside of the traditional process”.

Financing could also be raised through the privatisation of Saudi Aramco, the first trillion dollar privatisation, Highfield said.

Saudi Arabia has been largely affected by low oil prices, with projects being delayed and even shelved over the past two years.

“Saudi is the engine of the GCC because of its high population and GDP,” he said. “By just those two statistics, it is always going to be the focal point of the socioeconomic performance of the GCC.

"Saudi is also an interesting case. If you go back a couple of months ago, it was going through a process of shelving projects including the Makkah metro and Jeddah metro.

“But that appetite seemed to have changed dramatically as we are now finding Saudi engaging in dialogue to bring those jobs to life, particularly the Makkah metro,” he said.

Highfield worked on Phase 1 of the project under Hill International in coordination with China Railway Construction Corporation in 2011 – 2012, where 17km of the project was constructed using a traditional procurement method.

The metro forms part of the $17bn (SR62bn) Makkah Public Transport Programme (MPTP), which is projected to include six lines and 88 stations covering 182km.

“I think [the Mecca metro] will go ahead because that particular project is of huge political significance,” he said.

In May, it was reported that the Government of Jeddah was also looking to secure funding for a multi-billion dollar public transport network.

Sources at the time said that the project will include a metro, light rail, tram, rail, local bus, marine transportation and a 2 km-long bridge, spanning more than 800km (500 miles).

Tendering for the first phase of the Jeddah metro project was due to start in 2015, but was delayed due to tightening budgets in the kingdom as a result of low oil prices.