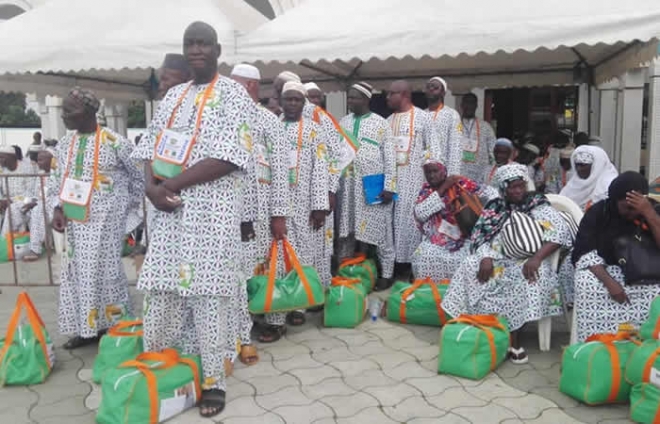 The first batch of 554 Muslim pilgrims from Katsina State arrived in Madinah on Monday, along with six others from Jigawa, totalling 560.

The Public Relations Officer of the Katsina State Pilgrims Welfare Board, Alhaji Badaru Bello, made this known in Katsina, adding that the pilgrims were from Funtua Zone, comprising Bakori, Danja, Dandume, Faskari, Funtua, Sabuwa local governments.

He said that 366 of the Katsina State pilgrims were males, while 188 were females, and the six others from Jigawa were males.

He explained that some board members, state Hajj officials, local government Hajj officers, preachers and pilgrims’ guide were also among those transported.

Bello said that the pilgrims were transported to the Holy land via Max Air airline.

According to him, the pilgrims left Umaru Musa Yar’adua International Airport, Katsina, on Monday at 3.30 a.m.

The PRO said that the second flight was expected to transport the remaining pilgrims on Tuesday, as necessary arrangements had already been completed, saying that a total of 2,800 persons were expected to perform the pilgrimage from the state this year.