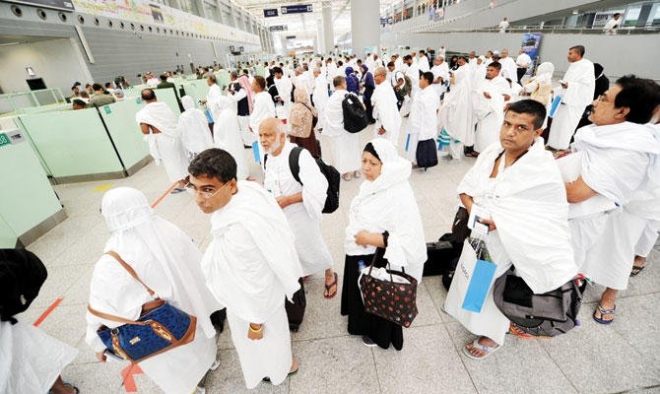 JEDDAH: Egyptian officials and intellectuals have commended the Saudi government’s preparations to ensure the success of this year’s Hajj season, the Saudi Press Agency (SPA) reported.

The editor-in-chief of Egypt’s Al-Ahram newspaper, Alaa Thabet, said the preparations reflect the Saudi leadership’s keenness to provide pilgrims with the best services and ensure their comfort and safety.

The Kingdom leaves nothing to chance, developing plans that exceed all expectations by studying many scenarios and considering all possibilities, he added.

The head of the Egyptian Parliament’s Religious Affairs and Endowments Committee, Osama Al-Abd, commended the expansion projects of the Grand Mosque in Makkah and the Prophet’s Mosque in Madinah, the development projects in Mina and Muzdalifah, and the services offered in all fields. He expressed confidence that the Saudi leadership harnesses all its capabilities to ensure peace and security during the Hajj season.

Al-Abd thanked King Salman, Crown Prince Mohammed bin Salman and the Saudi people for their efforts and the services provided to pilgrims.

A member of the Egyptian Supreme Committee for Hajj and Umrah, Ashraf Shiha, commended the Kingdom’s role in serving pilgrims and facilitating their rituals.

“Saudi Arabia harnesses its human and material resources to serve pilgrims who visit the holy places every year,” he said.

“Obtaining a visa can now be done through an online portal, which reflects the Saudi government’s keenness to ensure pilgrims’ comfort.”

The chairman of Al-Ahram Foundation and head of the Egyptian Journalists Syndicate, Abdul Mohsen Salama, said Saudi Arabia makes every effort to serve pilgrims and ensure their comfort, as well as harnessing all resources to develop the holy sites.

“Every year, the Kingdom tries to provide all services that ensure the comfort of pilgrims from around the world without discrimination,” he added.

The chairman of El-Osboa newspaper and a member of Egypt’s Parliament, Mustafa Bakri, commended Saudi efforts to serve all pilgrims without discrimination.

“Facilitating Hajj procedures every year indicates that the Kingdom is performing its role perfectly and providing pilgrims with all required services,” he said.

“Continuous development projects and strong infrastructure are proof of this, and that the ultimate goal is to ensure pilgrims’ comfort.”

The director general of the Arab Administrative Development Organization, Dr. Nasser Al-Hitlan Al-Qahtani, said: “The Kingdom’s tremendous efforts are an integral part of its commitment to serve the Two Holy Mosques and provide pilgrims… with security and safety.”

He commended the ongoing expansion projects at the Two Holy Mosques and other holy sites.