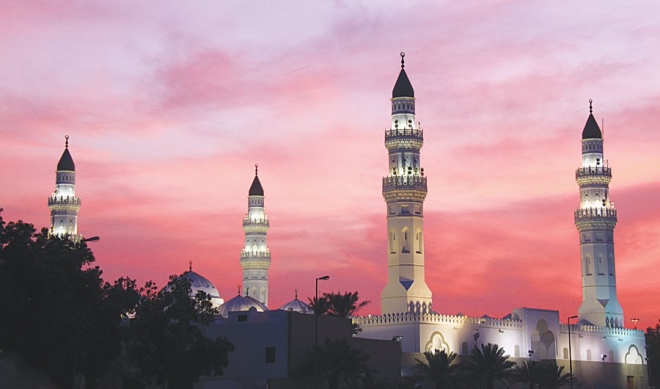 RIYADH: Hajj is one of the biggest dreams of every Muslim’s life, and pilgrims looking forward to their stay in Makkah and Madinah say a bucket list is the best way to plan the trip.

Most of the sites in the two holy cities are spiritual, giving pilgrims a sense of the prophecies. Standing in the places of the Holy Prophet transports them back to the past as if they lived those incredible moments.

A number of companies in Makkah and Madinah help people organize their trips, making sure they cover the important sites in the two holy cities.

Sayed Shafei, an operation manager for City Sightseeing, a tour company in Madinah and worldwide, told Arab News: “We offer a special tour with a multilingual tour guide presented in eight languages. We also offer 24-hour tickets. We have scheduled tourism trips starting from the Prophet’s Mosque to 12 destinations every 30 minutes. The whole trip lasts for 14 hours a day.”

Asked about the most popular requests, Shafei said: “Our customers always ask to visit Masjid Quba, the Sayed Al-Shuhada Mosque in Uhud, which is considered a vital historic landmark of Madinah, and Al-Qiblatain Mosque.”

Most of the group’s customers are from East Asia, but many also visit from Kuwait, Bahrain, the UAE, Indonesia, Malaysia, the US and Europe.

Munirah Al-Jebreen, an English instructor at Princess Noura University who will perform Hajj this year, told Arab News her bucket list began with an online search.

“I found a travel guide on Google that has all the best sites in Madinah and Makkah, so I decided to visit Uthman ibn Affan’s Farm and Well in Madinah, the Holy Qur’an exhibition, and one of the most important places I want to visit is the grave of the Holy Prophet,” she said.

The area between the Prophet’s Chamber, which holds his grave, and the Mimbar is known as the Rawdah, which is actually the Garden of Paradise. It is presently distinguished by a green carpet.

Al-Jebreen also listed some of her planned tour destinations in Makkah, including the Cave of Hira, where the Holy Prophet meditated frequently during the first 40 years of his life and the site of the first revelation.

She will also visit Bilal Mosque and Mount Abu Qubais and, finally, will try Al-Garmushi, one of the famous traditional restaurants in Makkah.