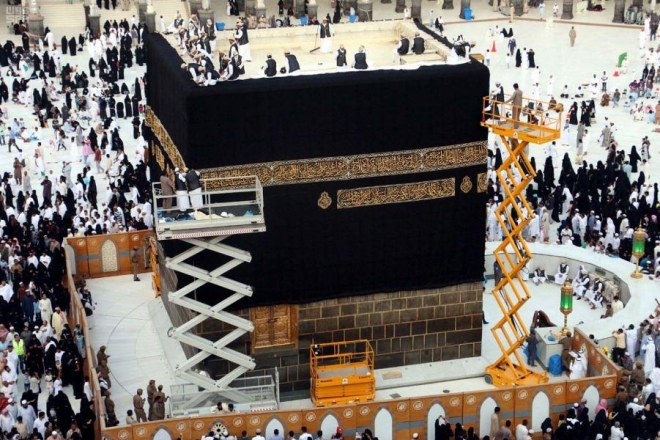 JEDDAH: The ceremony to replace the covering (Kiswa) of the holy Kaaba will take place during dawn prayer of the ninth day of the twelfth month of Dhu Al-Hijjah in the Islamic calendar (corresponding to Aug. 20,

The ceremony of replacing the Kiswa will be supervised by 160 technicians and manufacturers, based on the tradition of the General Presidency of the Holy Mosque and the Prophet’s Mosque every year on this day.

The Kiswa of the old Kaaba will be replaced with a new cover, under the supervision and follow-up of the President of the General Presidency for the Holy Mosque and the Prophet’s Mosque Sheikh Abdulrahman Al-Sudais.

Dr. Al-Sudais said in a speech on this occasion that serving the holy sites and the pilgrims was one of their primary concerns.


⇐ Previous:
Saudi Arabia prepares hundreds of mosques for Eid Al-Adha prayer
Next: ⇒
Policeman who assisted pilgrim had no idea he was being filmed