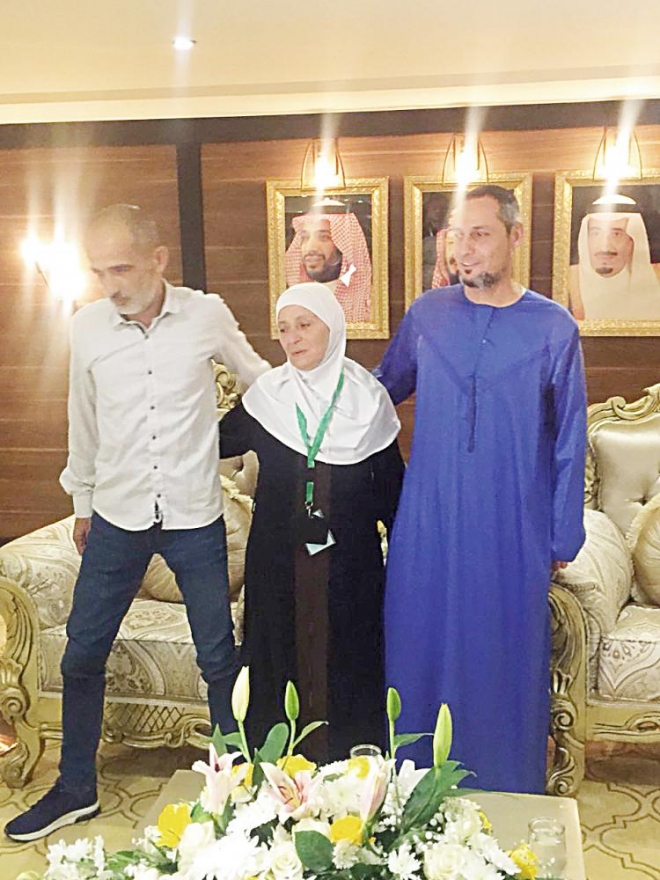 MINA — Musa and Latifa, two Palestinian siblings, were separated for more than 14 years but were united again by the Custodian of the Two Holy Mosques' King Salman program. The program invites pilgrims from all over the world to do the pilgrimage at the king's personal expenses.

Latifa, who hugged her brother amid tears, said in 30 years she had seen her brother only once, which was far from enough.

Latifa recalled that she and her brother, who was two years old, migrated to Lebanon with the rest of the family about 30 years ago but soon she went to Egypt leaving her brother behind.

"During all these years I saw him only once which was not enough to quench my yen to see him," she said.

Musa was invited to do the Haj under the King's program from Lebanon while his sister came from Egypt.

"When I met him now, his hair has all become grey and he looks aged though he is still not 32 years old," she said.

Latifa said, “Her own son, Bassam, was a year old when he was separated from his uncle, and is now quite a young man nearly as tall as him."

The Ministry of the Islamic Affairs, Call and Guidance is supervising the program under which a number of people will also be invited to perform Umrah.