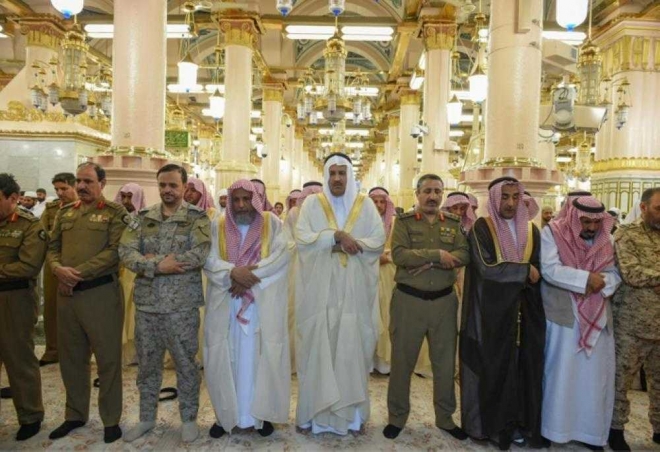 MAKKAH – In an air of festivity and religious fervor, Muslims all over the Kingdom started celebrating on Tuesday the Eid Al-Adha, which coincides with the annual pilgrimage of Haj. In their Eid sermons, imams at the Grand Mosque in Makkah and the Prophet’s Mosque in Madinah as well as at thousands of mosques and prayer grounds across the Kingdom called on believers to follow the unique example of sacrifice set by Prophet Ibrahim and lead a life of total submission to Almighty Allah. Millions of Muslims including women and children turned out to offer Eid prayers at mosques and prayer grounds across the Kingdom.

At the Grand Mosque, Imam Sheikh Faisal Ghazawi led the prayers. In his Eid sermon, Ghazawi called on the faithful to shun division and hatred, and embrace love and compassion while showing mercy to the weaker sections in the society. He emphasized that Haj is instrumental in further consolidating the faith in monotheism.


⇐ Previous:
Security of the Mashaer train begins on Arafat day and continues till end of Haj
Next: ⇒
Pilgrims win accolades for compliance of crowd management rules