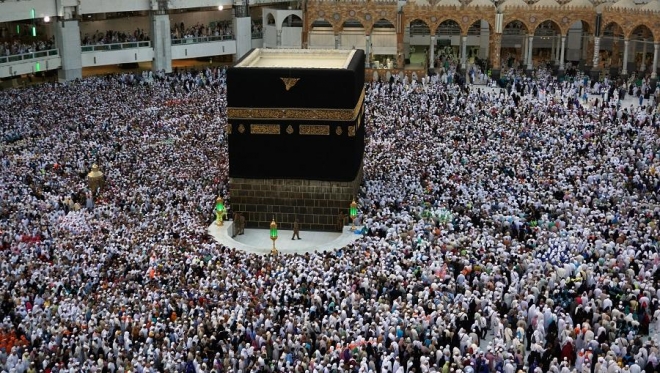 JEDDAH: To facilitate the nearly 8.5 million people visiting Saudi Arabia for Umrah this year, the Ministry of Hajj and Umrah on Saturday launched a weekly indicator whereby authorities can track the number of pilgrims coming into the Kingdom, and in turn enrich their experiences by providing high-quality services.

Abdulaziz Wazzan, the Undersecretary of the Ministry of Hajj and Umrah for Umrah Affairs, said that the initiative was part of Saudi’s Vision 2030 which aims to attract 30 million Umrah pilgrims in the next few years. He added that the ministry was working in coordination with all sectors and preparations were in place to welcome the expected footfall of 8.5 million pilgrims this year.

He said that with the weekly data, they hope to have access to information such as the number of visas issued, footfall of pilgrims visiting the Kingdom via air, land or sea and how many would be in Makkah and Madinah.

As per statistics provided by the ministry, nearly 20,000 pilgrims have already been issued a visa this year, with the number increasing with each passing day. The number of pilgrims – both male and female – stands at 626 thus far, with 596 flying into the Kingdom and 30 using the land entry point. No pilgrims have entered via sea. Pilgrims from Pakistan and India led the list of visitors to the Kingdom, followed by those from Sri Lanka, Jordan and Kuwait. Of these, there are currently 535 pilgrims in Makkah and 81 in Madinah.