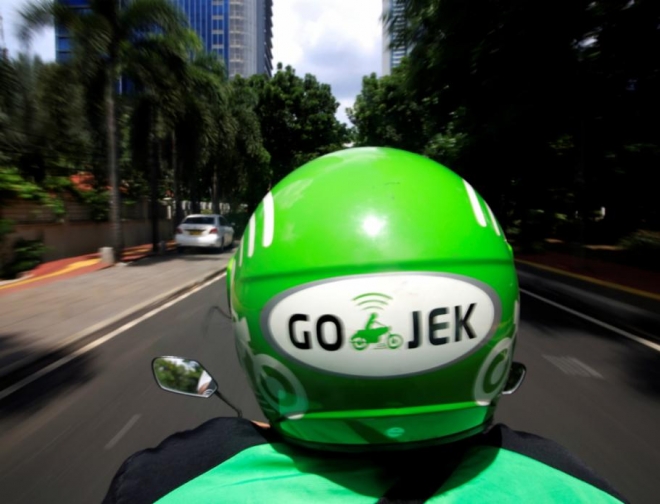 BNI Syariah’s Baitullah iB Hasanah program allows Go-Jek drivers to save in a structured manner. Drivers will save around 30 thousand rupiah ($2) per day for 28 months to accumulate around 25 million rupiah ($1,676) that they could then use as a down payment with the ministry of religious affairs to qualify for a haj place.

After placing the down payment, would-be pilgrims would need to continue to save to meet the whole cost of a haj package of around 31 million to 38 million rupiah.

Go-Jek drivers who sign on for the haj savings scheme must agree for their daily earnings to be automatically deducted from their e-wallets. The money is transferred to BNI Syariah every two weeks.

“At the end of August, there were 366 Go-Jek drivers registered with the BNI Baitullah iB Hasanah savings account, with a total balance amounting to 1.75 billion rupiah,” Widowati told Salaam Gateway.

“We hope there will be at least 500 drivers registered by the end of this year,” she added, referring to the umrah scheme.

The umrah scheme allows Go-Jek drivers to put aside around 25 thousand Indonesian rupiah to 35 thousand rupiah per day for two years in order to save for the pilgrimage.

The bank and Go-Jek are working with three travel agencies on the umrah savings scheme—NRA, Al Bilad and Custorindo—said Widowati.

BNI Syariah’s iB Baitullah Hasanah is open to all companies. At the end of August, the pilgrimage savings scheme reached 1.506 trillion rupiah from 565,000 customers.

Go-Jek was launched in 2011 in Jakarta as a motorbike ride-hailing service. It has since grown to become a one-stop app allowing customers to make online payments and order various services and products such as food and groceries. Go-Jek CEO Nadiem Makarim told Reuters last month the company is "extremely close" to profitability in all its segments, except transportation.