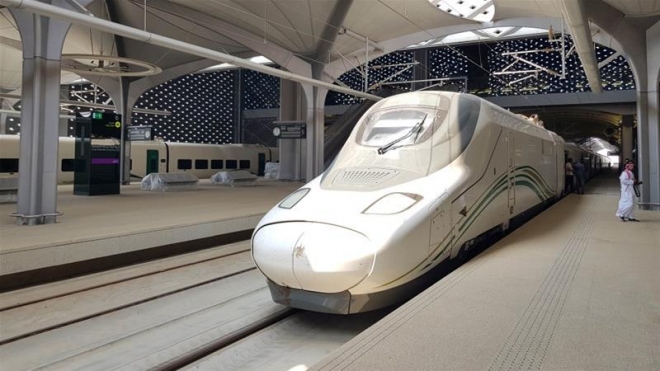 The first journey will take place on Oct. 4, 2018, and tickets can be purchased online.

The high speed train will run between Makkah and Madinah, eight times a day in both directions, and this will increase to 12 journeys from the beginning of 2019.

Trains will run on Thursdays, Fridays, Saturdays, and Sundays and will run every 60 minutes.

The inauguration ceremony concluded with the king taking the train from Jeddah to Madinah.