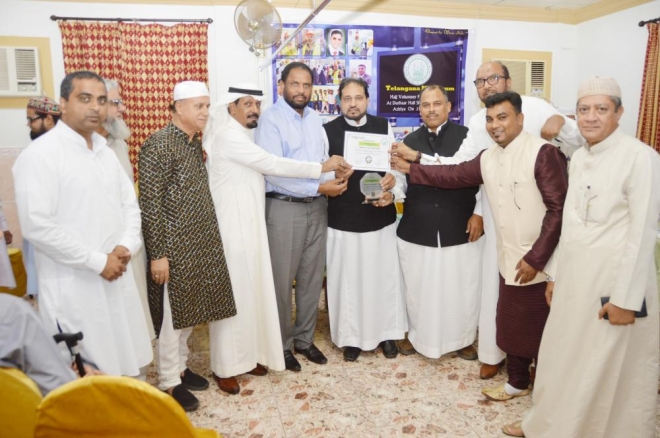 JEDDAH — As a token of appreciation, Telangana NRI Forum (TNRIF) held a felicitation ceremony for its Haj volunteers for this year’s Haj 1439 at a local restaurant here recently.

“It was the first I have personally been to Mina to serve the Hajis. I have seen that many Hajis face a lot of difficulties during Haj, and it’s the volunteers who come forward to help the pilgrims with some carrying them on their backs if wheelchairs are not available. If the Hajis lose their way volunteers help them to find their location. I would like to request more people to come forward and volunteer during Haj in the coming years. Also for the first time we had few ladies volunteers.”

Team leaders of Haj volunteers Haneef, shared his experience and requested all to participate and arrange more facilities to serve the Hajis.

A memento of appreciation was also awarded to Mahmood Misri by the guests of honor. After the award distribution ceremony, a vote of thanks was proposed by Osman Bin Yeslam Bin Mahfooz. Treasurer Mohammed Layeeq TNRIF organized the event.