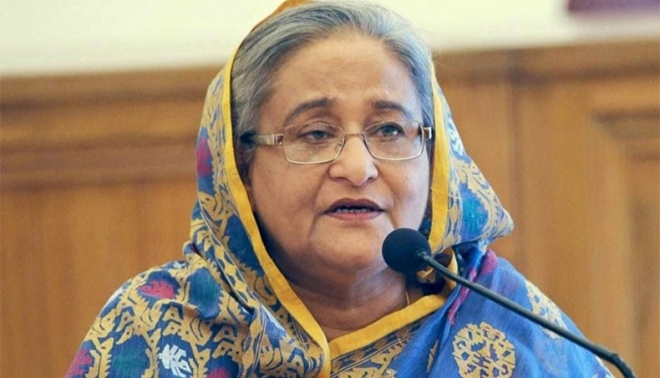 Bangladesh prime minister Sheikh Hasina is likely to go to Kingdom of Saudi Arabia on an official bilateral visit anytime this month.The two sides are working through diplomatic channels to set suitable schedule and likely to agree to hold the visit by this month although the Bangladesh side has preferred the middle of October, diplomatic sources said.Hasina is expected to hold meetings with king Salman Bin Abdulaziz and crown prince Mohammed bin Salman bin Abdulaziz Al Saud. The government held an inter-ministerial meeting on Tuesday at the foreign ministry for preparations of thevisit. Foreign secretary M Shahidul Haque presided over the meeting.Allowing thousands of Bangladeshi workers, now at risk of deportation, to stay and work in the Arab kingdom and attracting Saudi investment to Bangladesh would be the main agendas of the Bangladesh side in the talks during the visit, officials said. The two sides might discuss other bilateral, regional and international issues, including repatriation of forcibly displaced Myanmar’s ethnic minority Rohingyas to their home in Rakhine State and Bangladesh’s cooperation in Saudi-led military coalition, they said. Foreign minister AH Mahmood Ali and some other ministers, foreign secretary M Shahidul Haque and other senior officials and a business delegation are expected to accompany the prime minister in the visit. Thousands of Bangladeshi migrant workers are at risk of deportation as Saudi Arabia launched a crackdown on irregular and undocumented foreign workers from October 3. Sheikh Hasina is likely to perform Umrah during the visit, which might be her last official visit abroad ahead of the next general elections to be held by January 28, 2019. Hasina was in Saudi Arabia in April to attend the closing ceremony of a 23-country joint military operation at the invitation of king Salman.