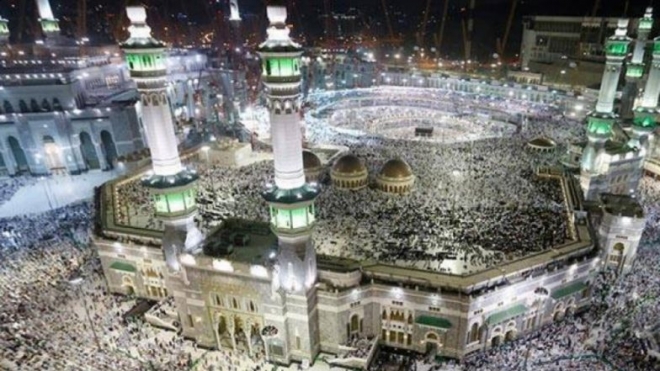 New Delhi, October 17: The applications for 2019 Haj pilgrimage will be accepted online from 18th October 2018 and will continue till 17th November 2018. The offline application process will start from 22nd October, 2018. Union Minister Mukhtar Abbas Naqvi on Wednesday said that this year, Haj has been announced a month earlier than the previous year, adding that, Haj 2019 is going to be 100% subsidy-free.

Naqvi added saying that early start of Haj process will ensure better facilities as well as smooth Haj process as the concerned agencies, both in India and Saudi Arabia, will get sufficient time for necessary arrangements. Hajj 2018: Muslim Pilgrims in Saudi Arabia Gather at Mount Arafat for Pinnacle.

While speaking at the Central Haj House in Mumbai, Naqvi said that safety and provision of adequate medical facilities will be the government’s top priority. The Minister added that the process of tender for choosing airlines to carry the pilgrims will be completed by November, and the accommodation-related process in Mecca and Medina will be completed by December-January.

In 2018, even after removal of Haj subsidy, a record number of 1,75,025 pilgrims from India performed Hajj 2018. A government release had quoted Naqvi saying that it is for the first time after Independence that preparation for Haj-2019 has been started immediately after completion of the current year’s Haj process in India.


⇐ Previous:
Saudi killed, another goes missing in Madinah rain
Next: ⇒
In Pictures: Historical Views of the Hajj and Mecca