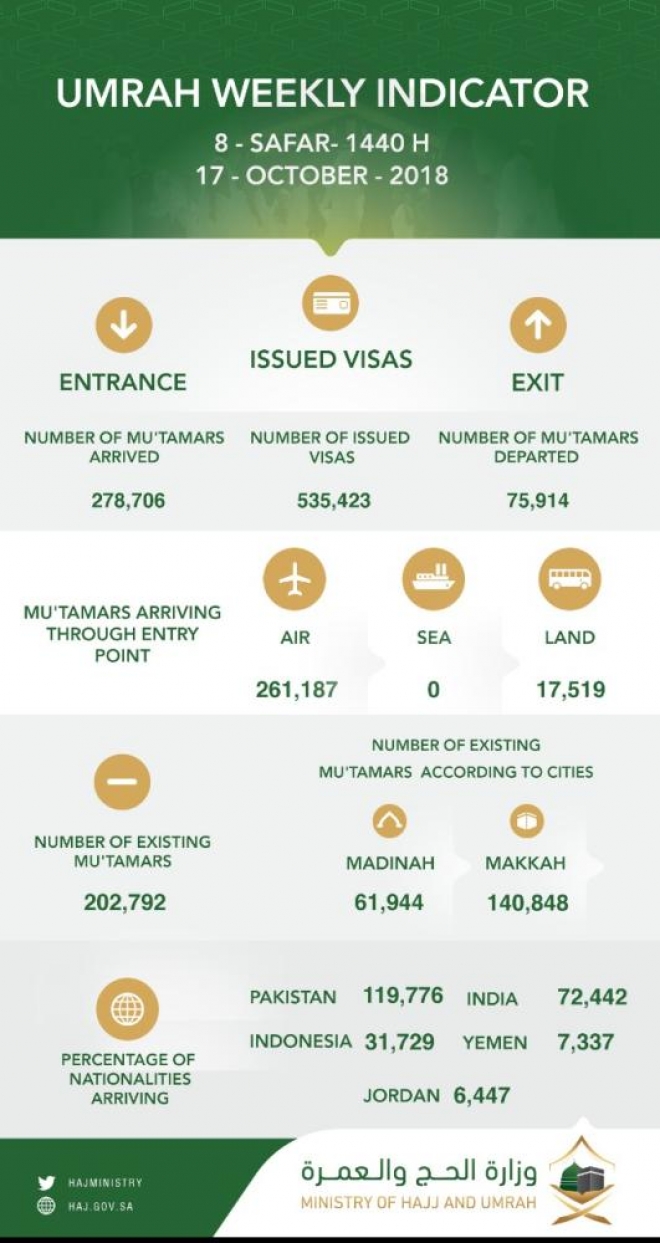 JEDDAH — The Ministry of Haj and Umrah, which launched the Umrah weekly indicator at the beginning of the Hijri year 1440, released the weekly statistics till Wednesday.

The indicator is issued after accessing information such as the number of visas issued, footfall of pilgrims visiting the Kingdom via air, land or sea, and how many of them are in Makkah and Madinah.

It said 535,423 visas were issued as of Oct. 17, with the number of pilgrims arriving in the Kingdom since the start of the season in early September being 278,706.

The number of pilgrims still in the Kingdom is 202,792 pilgrims, with 140,848 pilgrims in Makkah and 61,944 in Madinah, the ministry said, adding that 75,914 pilgrims left Saudi Arabia after completing the Umrah rites.

Most of the pilgrims (261,187) arrived in the Kingdom via air while 17,519 came overland after crossing the border points.