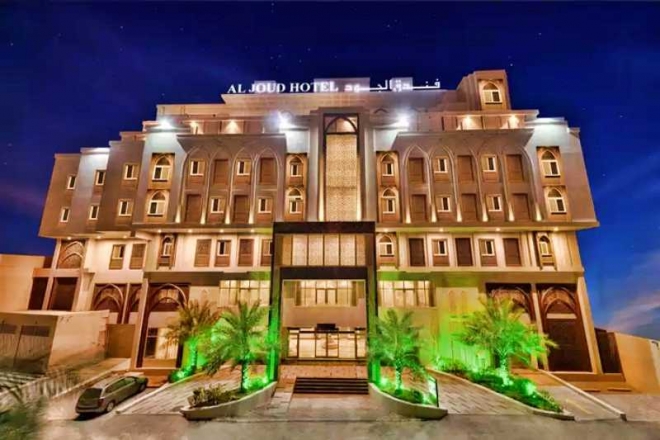 Saudi Arabia’s Al Joud Boutique hotel in Makkah, a three-star property located approximately 4.2km from Masjid Al Haram and 5km from the sacred shrine of Holy Kaaba, is expected to support pilgrims visiting the holy city during Hajj – but how was the facility designed to affordable standards?

In a press statement, J/Brice Design said the hotel “offers more superior finishes, fixtures, and amenities”, thus delivering “greater value than other comparably rated hotels” in the neighbourhood of the Kaaba, and Makkah’s other holy sites.

Describing the hotel’s interiors, Jeffrey Brice Ornstein, chief executive officer of the design firm, said: “Since the pilgrimage is the holiest event for devout Muslims who come from all walks of life, we wanted guests enjoy an upscale boutique feeling during their often once-in a lifetime journey.

“The public space features an Arabian motif that is carried out throughout the property in natural, high-end materials – walnut, alabaster, and marble. Contemporary crystal lighting fixtures add a touch of elegance to a lobby, furnished with inviting upholstered pieces in understated sand and desert sunset hues.

“Custom carpeting repeats the patterns in umber and orange tones set against a marble floor,” Ornstein added, explaining that the design draws inspiration from the colour palette of picturesque Arabian sunsets.

J/Brice Design has previously worked on the interiors of the high-end Kempinski Al Othman hotel in Khobar, Saudi Arabia. Ornstein said the company is currently working on “a spectrum of projects” in the kingdom, which includes a 9,290m palace on the Red Sea, in addition to a 3,252m video arcade, a planetarium, and an aquarium in Jeddah.

Commenting on the company’s corporate philosophy for the kingdom, Ornstein added: “More than a dozen years ago, we made a strong commitment to the Arab World. Our firm developed a sensitivity to the region, absorbing everything from religion, classic art, music, and design, to popular culture.

“Being asked to design a hotel whose primary goal is to appeal to devout Muslims is an honour and the culmination of our ability to internalise the Arabian sensibilities and aesthetics.”

Hospitality is one of the construction segments driving major growth in (SAR3tn) are said to be at various stages of development. The organisers of The Big 5 Saudi show revealed earlier this week that the kingdom’s multibillion-dollar projects are aimed at supporting the national Saudi Vision 2030 programme, and account for 35% of the value of the Gulf’s active projects.


⇐ Previous:
Haj trip by sea will not be possible
Next: ⇒
UCSAH Wants SAHUC to be Best Organisation in SA