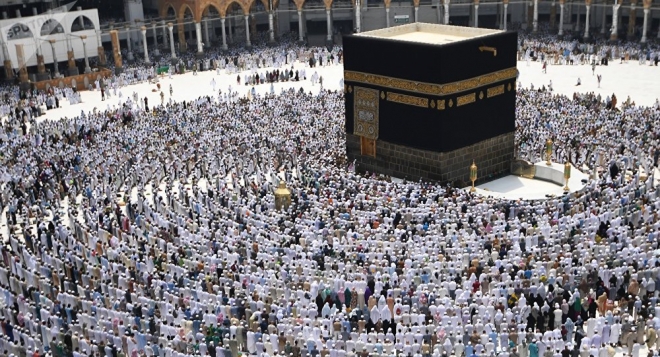 Saudi Arabia has changed its passport rules, and will now block Muslim residents of Israel from making the pilgrimage to Mecca, according to Haaretz. The believers can be barred from undertaking the Hajj, as well as the Umrah, a less important pilgrimage, as Riyadh no longer recognizes temporary Jordanian passports.

Muslim Israeli passport holders  had been able to use the Jordanian documents to enter the Kingdom, which is home to Islam’s two most sacred cities, Mecca and Medina. While there are no diplomatic ties between Riyadh and Tel-Aviv, Muslim Palestinian Arabs with Israeli citizenship could perform the pilgrimage, going first to Jordan to obtain temporary passports and then entering Saudi Arabia.

The new regulations would affect not only over one million Muslim Palestinian citizens of Israel, who make up 17% of the country’s population, but also Palestinians from East Jerusalem, the West Bank and the Gaza Strip who travel using temporary Jordan passports.

Haaretz cited Israel's hajj and umrah committee, which says its leaders won’t be able to travel to Mecca in December as planned. The committee has reportedly called on the head of the Higher Arab Monitoring Committee in Israel, Mohammed Barakeh to discuss the issue with Jordanian officials and try to pressure Riyadh.

Although Israel and Saudi Arabia do not maintain formal diplomatic relations, it is believed that there has been a slight rapprochement between the two countries due to the shared perceived threat of Iran’s expanded influence in the region.

In November 2017, Netanyahu admitted that despite having no diplomatic relations with Riyadh, Tel Aviv had developed "contacts" with Saudi Arabia, which he said, "have been kept in general secret."

There have also been several reports surrounding alleged military cooperation between the two states. Saudi Arabia and Israel held covert meetings “in Washington and London,” which resulted in an estimated $250 million deal, including the transfer of Israeli espionage technology to the Kingdom, Israeli media reported on Sunday, citing an exclusive report by the United Arab Emirates news website Al-Khaleej.

Millions of Muslims make the trip to Mecca each year. According to Islamic scripture, every healthy Muslim with the financial means to do so should make a pilgrimage there at least once in their lifetime. The festival honors the willingness of Ibrahim (Abraham) to sacrifice his son Ismail (Ishmael) in an act of obedience to God.