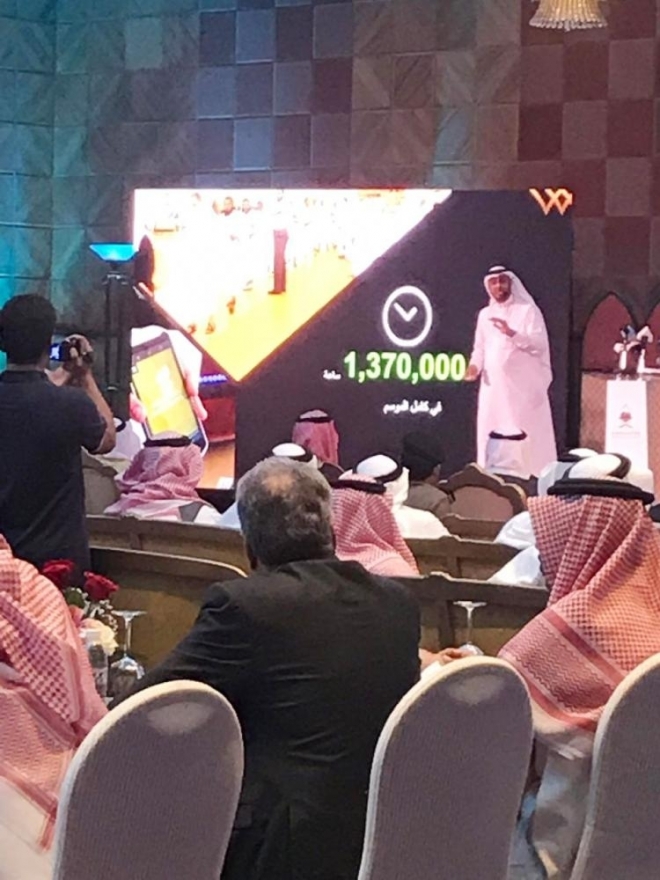 JEDDAH — A workshop here has accused the Haj and Umrah companies of not strictly adhering to the accommodation capacity of hotels and said this was the cause of many problems faced by the pilgrims, especially during their preparations for departure home.

More than 150 people representing the Ministry of Haj and Umrah and the service providers gathered in Jeddah to discuss the problems faced by the pilgrims and ways to improve the services being provided to them.

The workshop was aimed at informing the participants about the Jeddah Innovation Award 2019 within a concerted drive to encourage the Saudi cities to make available the best possible services to the guests of God.

This is the second version of the award within the third Makkah Cultural Confluence under the motto: How to be Ideal?

The workshop discussed the advance preparations for Haj and Umrah. Among other shortcomings, it noted that the luggage of pilgrims was often not according to required specifications, especially luggage carried by pilgrims from Egypt, Afghanistan, Algeria and India.

The workshop also noted that some companies accommodate their pilgrims in Jeddah making it difficult for the ministry to closely monitor them.

It regretted that some Haj and Umrah companies do not provide accommodation for their pilgrims in case they miss flights for any reason.

According to one speaker, the pilgrims sometimes take 6 to 8 hours to reach King Abdulaziz International Airport in Jeddah after they leave their places of accommodation in Makkah. “This is a long time, which is tiring to the pilgrims,” the participants were told.

Deputy Minister of Haj and Umrah Abdulfattah Mashat said the ministry was exerting strenuous efforts to ensure the best services to the pilgrims.

He asked the Haj and Umrah companies and all service providers to come up with concrete proposals that will make Jeddah a more developed city to receive pilgrims as it is the gateway to the two holy cities.

The chairman of the supervisory committee of the award, Osama Tayib, asked for further improving the services being extended to the pilgrims within the objectives of Saudi Vision 2030.

The services to the pilgrims was included in the award categories for the first time with a view to further ensuring the guests of God with excellent services.