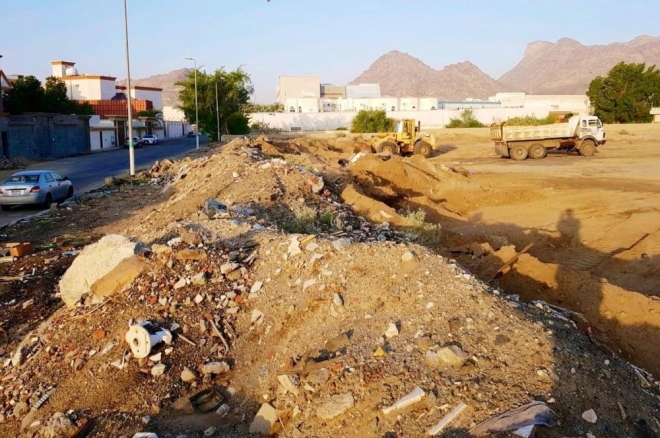 MAKKAH — Mayor of Makkah Mohammed Al-Quwaihis has given all companies and establishments with non-Arabic names two weeks to change their names.

The mayor directed all branch municipalities in the city to make owners of residential and commercial facilities, billboards, companies and establishments that are registered under non-Arabic names commit to change their names into Arabic. The failure to do so will result in revocation of their licenses to operate, he said.

«There will not be any municipal services available to institutions that carry foreign names,» Al-Quwaihis warned.

The mayor also asked the contractors to clear the construction debris after implementing new projects in the cities, towns and villages of the province.

«If not completely removed, the debris will create vision pollution and environmental damage,» he said.

The mayor recalled the new campaign being organized by the city under the title «Makkah without building leftovers». He said this was within the slogan «how to make the holy city a role model», which was launched by the emirate within the Makkah Cultural Confluence this year.

The mayor gave the owners of private and commercial rest houses one month to correct their situation.

He advised the rest houses to liaise with the Civil Defense to ensure all safety measures are in place. He also asked them to strictly observe hygiene conditions.

«The municipality will take legal action against any violating rest house when the grace period of one month is over,» he said.

Under the initiative «Makkah without construction leftovers» contractors are obliged to clean their worksites after the completion of projects, provide garbage bins to collect the debris and contract licensed transporters to remove the leftovers.

The mayor said extending electricity services to new buildings would largely depend on the cleanliness of new constructions.